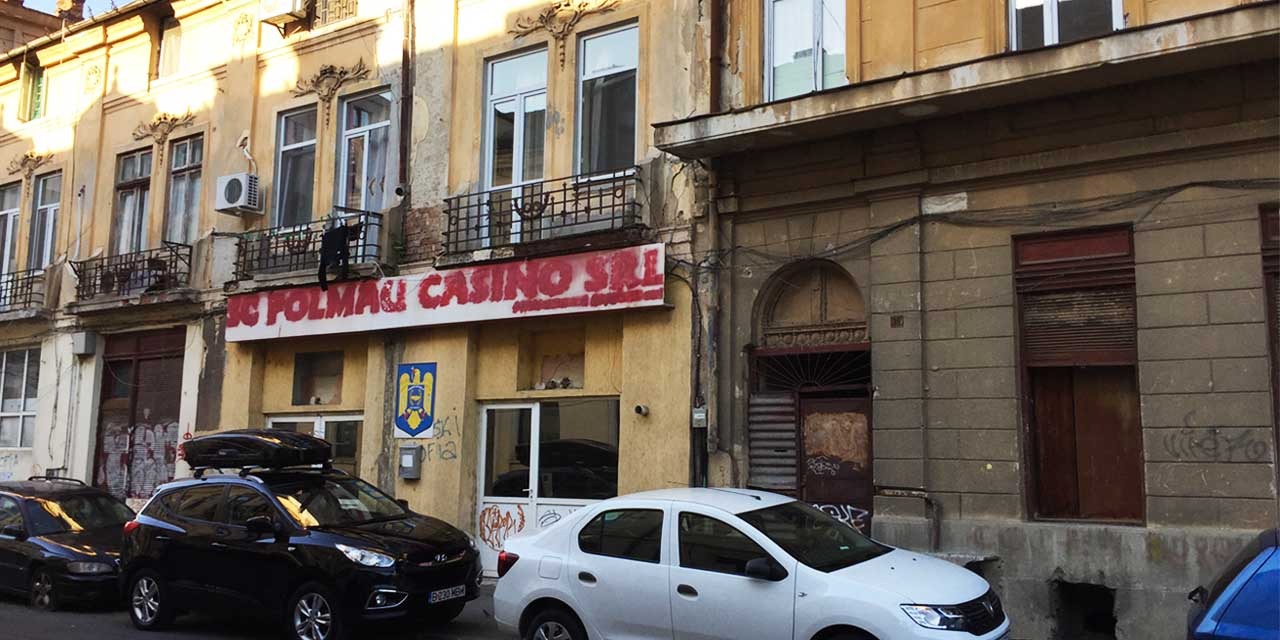 we spent 21 days in Bucharest.

this was the non-Schengen city we chose when we were "deported" from the Schengen region due to our visa overstay (read more about that here). the criteria for our selection was: one, Bucharest was close to Budapest... and that's it.

when it was clear we had to derail our planned Eurotrip, we opened up the Google flight app and chose the closest city.

we're not embarrassed to admit that we knew nothing about Bucharest before going there.

our Airbnb was downtown near the Cismigu Park. we were walkable to the central attractions of Bucharest and had no shortage of restaurants, bars and cafes within a 10 minute walk.

Bucharest is not a popular tourist destination. remnants of hard communist times are very much still present in the city. buildings are abandoned and dilapidated, streets are grungy, graffiti is everywhere, and the predominant color scheme is shades of gray.

we went on a 3 hour “Communist Tour” of Bucharest. our tour guide had a PhD in Communism and grew up as a child during the Communist era in Bucharest. she was overqualified for the role but we benefited from an invaluable academic and realistic perspective on what life was like in the Communist post-World War II era.

during the Communist regime in Romania, the government seized property and deported families to the countryside. the government also assigned living quarters: each individual was allocated 8 square meters and strangers were grouped together under the same roof.

even today, these families are still trying to reclaim ownership of their property and land. there are currently over 30,000 property dispute cases in the backlog for Bucharest alone.

we learned that the second largest number of Jews were killed on Romanian soil as a result of anti-Jewish measures independent of Hitler and the Final Solution.

our tour guide started off our tour asking if anyone was a Communist sympathizer and surprisingly a couple folks nodded. we’re not sure if they were trying to be polite or agreeable.

our tour guide also brought pictures of what neighborhoods looked like during the Communist era. we saw pictures of "food shops" that were completely empty except for a couple jars of pickles. only the political elite had access to the shops stocked fully with food, clothing, and luxury products.

life was hard. Communist Bucharest is yet another example in history of power falling into the wrong hands. Ceaușescu commanded unpaid labor of 20,000 workers, 5,000 soldiers and 700 architects to build the second largest administrative building in the world (Palace of Parliament). he spent undocumented funds filling the Palace with extravagant chandeliers and elaborate furniture while at the same time disconnecting electricity and heat for peasants past 6pm.

our first Airbnb in Bucharest was $94 per night (+ $13 in fees per night) and it was the most expensive Airbnb we found with our search criteria.

meals were $9 /each on average.

Bucharest makes the list for the top 5 most affordable European cities we've traveled to so far.

here's a comparison of our New York City vs Bucharest lifestyle.

we stayed near the business district of downtown Bucharest. there were plenty of cafes and restaurants within a 2 block radius and the busiest nightlife was within a 15 minute walk.

most of the 1 bedroom Bucharest apartments we found on Airbnb appeared dreary or did not have a decent workspace.

we chose one of the few that met our criteria and it ended up being a huge 2 bedroom with a dining room, living room, standalone kitchen, and multiple hallways.

local Romanian food is meat and soup-heavy and wasn't too much of an adjustment for our tastes. typical entrees consisted of a filet of beef, chicken, or fish and a side of veggies or rice or bread. while Hideko's favorite food is soup, she was not a fan of Romanian soups -- which are heavy stews packed with meat, boiled eggs, and cabbage.

portions were larger than in other European countries. prices were very affordable. a steak at a higher-end steakhouse was $20.

for convenience, we cooked and ordered Uber Eats for a majority of meals. our kitchen had a manual gas stove burner and it was Hideko's first time using a match to light a stove. her first try took 20 minutes and released a ton of gas (possibly harmful) but she mastered the process by the end of our stay.

Rickshaw followers are accountability partners. here's what we achieved in Bucharest.

Ryan launched Dealflow with his partner Mike Rubini, and it attracted a few paying customers on Day 1. he also consulted with Blockstack on an upcoming marketing campaign related to college debt (stay tuned). in Fomo land, Ryan hired a PR consultant for an upcoming feature launch, and at Lobiloo he rebuilt the billing portal to use Stripe instead of Authorize.net.

we didn't face many challenges in Bucharest. the weather was a breezy 60-80 degrees Fahrenheit and we felt very comfortable both in our Airbnb and roaming around the streets of Bucharest (crime rates are low).

in Bucharest i discovered something i never thought i'd enjoy -- instant coffee. or as my old boss Andrew used to say, "instantaneous coffee." one particular brand, Little's (based in the UK), is absolutely fantastic.

every couple days i made a full pot of Little's instant, highly concentrated, then chilled it overnight in the fridge. flavors include Chocolate Orange, Irish Cream, and Chocolate Caramel. there is no sugar or milk, and each cup is just 4 calories.

beyond food, i enjoyed our apartment very much. it was easily 2x as big as any Airbnb we've lived in this year, and having some extra space to read, fart, or make weird noises is always a plus. most days my schedule looked like this:

we also watched a full K-Drama series, Boys Over Flowers. i consider this effort positive ROI because i'm studying 1-2 hours per day to memorize Korean vocabulary and grammar. listening to the words i'm learning helps reinforce.

despite being a newly renovated and clean apartment, our Airbnb attracted a TON of bugs. i found the largest spiders i'd ever seen in our bathtub and toilet. we killed tiny beetles and cockroaches left and right.

but my main grievance were the mosquitoes. mosquitoes love me for some reason, and unfortunately, all mosquito bites cause me to swell excessively.

after waking up to new bites every morning, I started wearing long pants, long socks, and a hoodie to bed. I'd pull the hoodie drawstrings tight so that the only surface area uncovered on my body was a 4 inch square on my face. i also sprayed DEET directly on my face (which is probably hazardous but i was desperate).

one morning, i woke up to 6 new mosquito bites on those 4 inches of my face. another morning, i found 3(!) huge mosquitoes on the headboard huddled together a couple inches from my pillow. just hanging out and waiting to feast on my blood.

of course, Ryan did not get bitten once the entire stay.

i understand the ecosystem is a fragile network of dependent species but i'm on team #killallmosquitoes.

i had angry red swelling all over but luckily full-time travel means i don't have to care about my appearance. 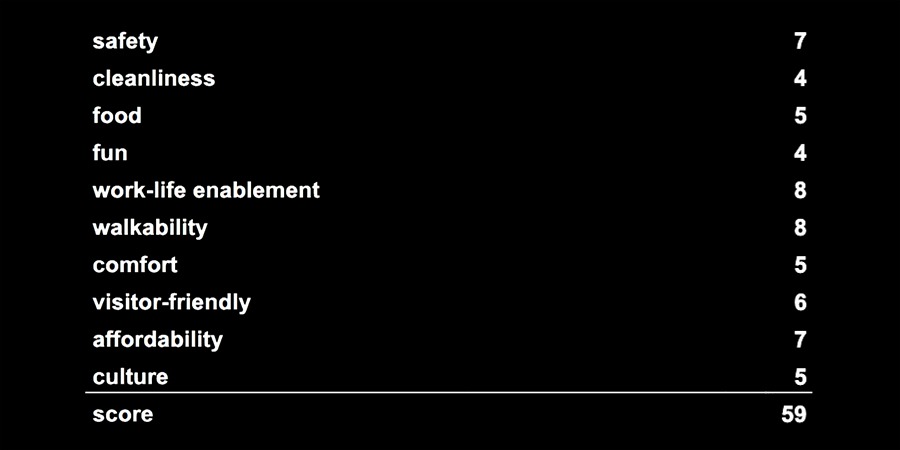 we're probably not returning to Bucharest anytime soon, but it's not because we didn't enjoy it. we liked the abundance of cafes, hip cuisine, and a quaint street with a fun nightlife.

after taking in the history and sightseeing though, we thought there were diminishing returns to our long trip in Bucharest.

you might visit Paris if you're craving art or fashion, Phuket for beaches, Lisbon for charm + city vibes, and so on. Bucharest was pleasant but we can't say we identified something specific to the city that would drive us back.