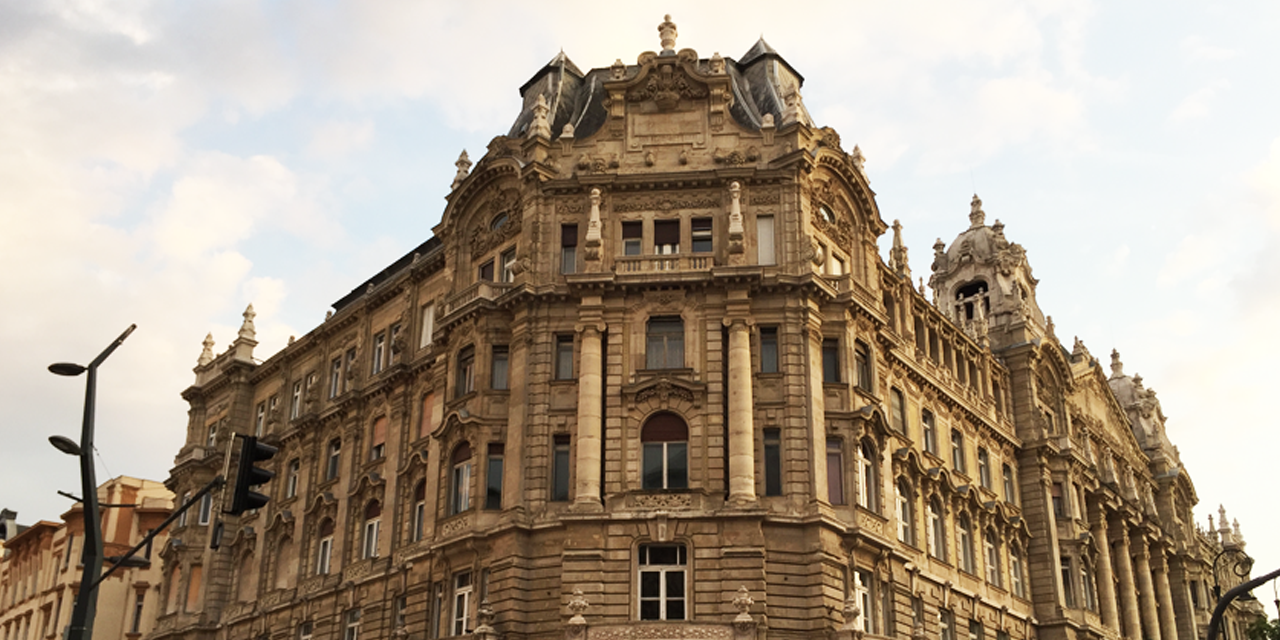 we spent 27 days in Budapest.

our trip was originally planned for 24 days but we were detained on our way to Vienna and deported back to Hungary. see the challenges section for more to this story.

our first Airbnb was in the Jewish Quarter. the second and third Airbnb were in the Inner City neighborhood, near the Danube River.

Budapest makes the list for the top 5 most affordable European cities we've traveled to so far.

here's a comparison of our New York City vs Budapest lifestyle.

here's our first Airbnb in the Jewish Quarter neighborhood. we highly recommend this neighborhood for younger travelers who are looking for a thriving nightlife.

here's our second Airbnb. this one was in the middle of the city center, next to the Ferenciek tere station.

after we were detained in Vienna and sent back to Hungary, we booked an Airbnb in the same building with the same host. we were not in the mood for any more surprises that day and we knew this host would be welcome to our late arrival.

portions were larger than in other European countries. prices were very affordable, with a steakhouse entree at $20 and a sandwich at $4. Ryan ate a ton of doner because it aligned well with his carnivore diet (no bread, no salad, just meat) for $4 per meal.

Rickshaw followers are accountability partners. here's what we achieved in Budapest.

Ryan hired and collaborated with a freelance developer to build a Magento 2 integration for Fomo. he also open sourced a free Chrome extension that detects shady marketing on websites and soft launched his Simple FAQ tool, which immediately earned a few paying customers.

Hideko worked on the backend of this blog, new features for a livestock app (in build mode), and entered the Blockstack hackathon (her first hackathon!) where she built Help A Stranger Out in 3 days. she won 2nd place in "best app coded by a female" for her entry and is now monitoring the devpost community for her next hackathon.

together we added new lectures to our micro acquisitions course, which has grown to nearly 300 students in under 2 months.

we had just one major challenge in Hungary: we were detained for overstaying our Schengen visa.

some backstory: we've been traveling full-time for around 9 months. while hopping around Asia we carefully researched visa information weeks before visiting a new country. but having already traveled to Europe several times before without visas, we didn't prepare much before hitting our first European country. we hastily Googled the immigration law once and saw "Americans don't need visas for 90 days of travel within most European countries."

well, turns out you can only stay in the entire Schengen area (26 countries throughout Europe) for 90 days in a 180 day period. it was totally our fault for not reading the tourism visa laws closely, and we overstayed by 6 days.

on a train from Budapest to Vienna, police officers boarded the train to do random spot checks for IDs. we were asked to provide our passports, and we confidently obliged.

the officer found our last European country stamp in our passports, started doing some math, and events escalated quickly from there.

we were marched off the train by 3 armed officers at the next stop (in the middle of nowhere in Austria), held at a police station nearby for an hour. while there we had to sign some paperwork (in German), take a picture, and provide fingerprints. afterwards we were taken on the next train back to Hungary.

at the Austria-Hungary border we were handed off to Hungarian police. they drove us ~20 minutes away from the train station to a barracks type facility. one of the Hungarian officers could speak some English and told us it was "not a big problem" to overstay our non-visa entry by 6 days, that Austrian police were simply notoriously strict.

however, we were still held for 7 additional hours while the officers called immigration and filed paperwork.

one unfortunate inconvenience was that we intentionally pulled an all-nighter the night before in an attempt to reset our sleep schedule. by this point we were naturally falling asleep around 6am after working until 4am and wanted to get back on track with normal society. since our train was at 8am in the morning we judged it would be harder to wake up after 2 hours of sleep than to stay up all night.

luckily, we weren't asked too many tough questions and we didn't have to go play in a prison yard.

at around the 5 hour mark of detainment in the Hungarian barracks, a representative from Hungarian Immigration met with us. we also signed a ton of paperwork written in Hungarian. we're generally strong proponents of reading everything you sign carefully, by the way, but this simply wasn't an option.

the English-speaking officer told us that one of the forms we were filling out was our agreement we "refused water and food." this was funny, since at this point we'd gone 10 hours without being offered food or water. #justicesystem

after a second interview with the immigration officer we were released at 8pm with a "warning" and told to leave the Schengen region on a flight ASAP.

since the police station was in the countryside, in the middle of nowhere in Hungary, upon our release we ran half a mile with all our luggage to catch the next train back to Budapest.

we're not ones to give up easily. we'd already booked the next 2 months in Europe. if there was any way to stay within Schengen, we were going to find out. at this point it was Friday night and government offices were closed for the weekend. we made a game plan to activate first thing on Monday.

we researched options for "self-employment visas" and extensions for the 90-day Schengen rule. we filled out visa applications, business plans, and other documentation proving we were not going to leech off of EU taxpayers. within hours we had over 60 pages of relevant documentation with which to appeal to relevant authorities.

after taking a couple hours off over the weekend for a massage and nice meal, at 6AM on Monday it was "go time".

cue a blitz of visiting the US and German embassies and the Hungarian Immigration office. by the end of the day we learned that "self-employment," "freelancer," visa extensions, and permanent residency approvals were not attainable in the time period we needed.

there were zero options for us to stay within Schengen without risking another detainment. unless we wanted to stay in Budapest specifically (on a temp visa) and wait up to 90 days for a permanent EU residence card.

at 7PM on Monday, we threw in the white towel. we booked a last minute flight to Bucharest (outside of the Schengen region) and said goodbye to thousands of dollars of pre-booked travel in Vienna, Prague, and Munich.

again, we know when to take accountability and we can only blame ourselves for the incident. our biggest loss was probably missing out on Oktoberfest in Munich.

hopefully this story serves as a reminder to other full-time travelers: stay vigilant about immigration laws.

i enjoyed Budapest primarily because it reminded me of New York City. it's unlike 90% of Manhattan, to be clear, but the 10% resemblence? Lower East Side.

the older neighborhoods are kind of grungy but over the years i've grown into that style. yes, it's full of hipsters wearing beanies in the summer, but these are also the places you find the best coffee and the most creative inspiration.

as Hideko shared earlier, i ate a lot of chicken and beef kebab. it's a lot of fun to argue in broken English with someone that "no really, i only want meant. please, no bread. no bread, please."

in most cities we visit, i avoid meeting people in my network. sort of makes you wonder why i build a network in the first place, but generally it goes like this:


Budapest was different. serendipity played a role and i met a friend for good ole' Escape Room fun, a bath house session, and dinners. this is also why i tried Unicum, the "Dr. Pepper of liquor."

perhaps the most interesting endeavor i began in Hungary was learning to speak Korean.

i've been documenting my experience on another website, which i might disclose in a few months. for now it's my private place on the internet and i don't have any commercial motives.

why would i choose to learn Korean? maybe i'll try to articulate that in a future. generally speaking i started feeling "intellectually bored," and learning a language, particularly an Asian one, is about as stimulating as it gets.

i'll keep Rickshaw readers posted as i go, and maybe soon you can check out my other site dedicated to learning Korean.

while Ryan was a mild rebel as a teenager, I have always been a rule follower and fall closer to the "goody two shoes" side of the spectrum.

our detainment was the first time I'd ever really been "in trouble." no speeding tickets or missed credit card payments in my past.

we were put in adult "time out" and it was not fun.

however, I think the experience was overall positive for me. I've always been too "careful" with decision-making, everything from career moves to grocery lists are carefully considered.

experiences that take me out of my comfort zone help train my mentality into one that encourages jumping when opportunities are presented.

quitting my job and traveling full-time was one of my first large "risks" without a 10-year master plan.

life doesn't need to be planned out in decade-long increments. 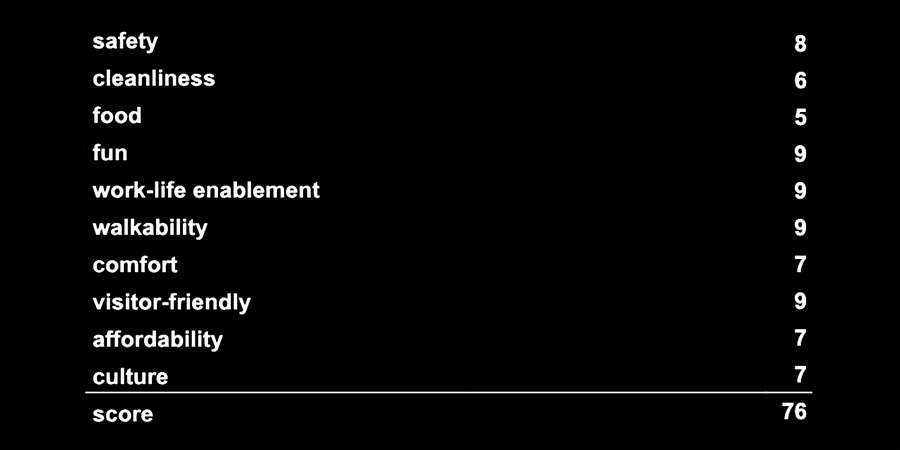 Budapest was great for our needs. we hopped around cafes with great coffee and workable spaces during the day. plenty of restaurants and bars were open late into the early hours of the morning.

locals are not outwardly friendly. during a guided tour of the city early on, our host told us that Hungarians don't smile much. she was right. there were a couple language barrier incidents but most folks in the service industry working downtown spoke English.

we were a bit annoyed at the inconsistency of business working hours. there were several times we visited a restaurant or cafe only to find a note on the door stating they were arbitrarily closed for the day or the week on vacation.

köszönöm (or "cozy") for reading.