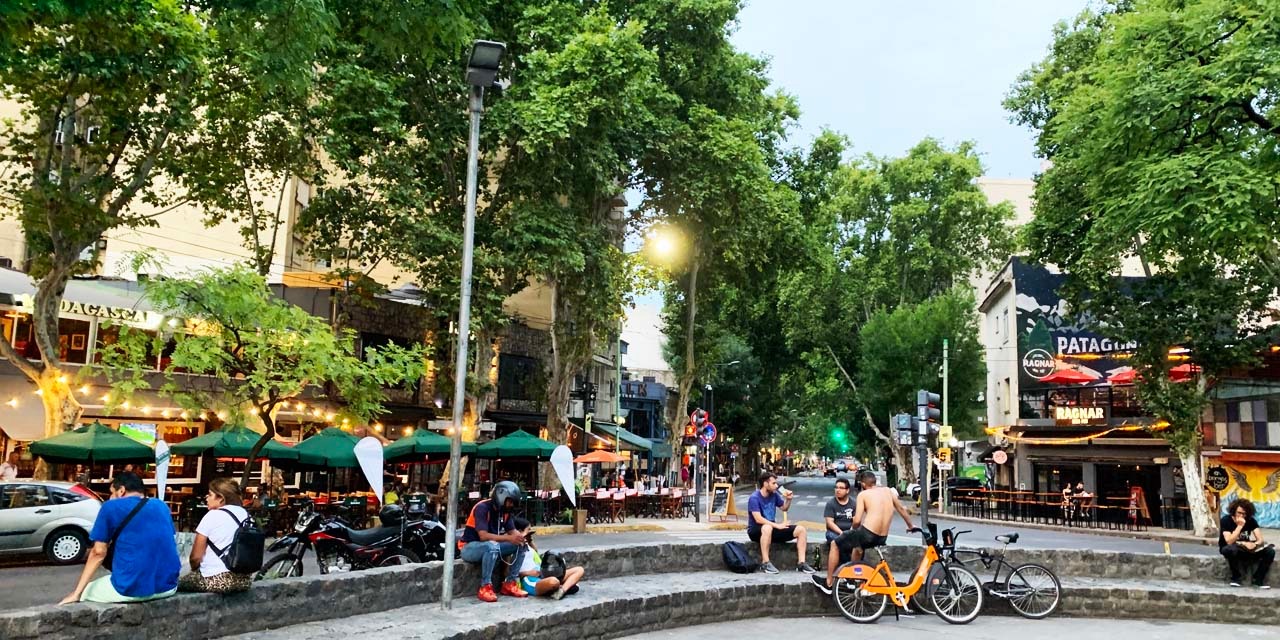 we spent 16 days in Buenos Aires.

this was our first city in South America and we've concluded that the city is a great introduction to the continent.

we've been nomad-ing for a full year now and we've stopped researching regions before we arrive. we really hadn't heard much about Buenos Aires beforehand so we arrived with a blank slate.

our report: Buenos Aires is fun!

they say New York is the city that never sleeps. well, that's true for the few who like to rave in abandoned warehouses.

but the norm in Buenos Aires is to stay up late and wake up late. restaurants don't open for dinner until 8pm and partygoer crowds are on the streets until 7am.

our Airbnb was in the trendy Palermo Hollywood district. the neighborhood was not central for sightseeing per se (perhaps a 20 minute Uber ride to downtown), but it was centrally located for food and coffee.

we forgot to do any real sightseeing in Buenos Aires but we recorded some interesting scenes and important-looking buildings when we came across them.

our Airbnb in Buenos Aires was $94 per night (+ $14 in fees per night) but there were plenty of decent Airbnbs for <$60 per night.

meals were $12 /each on average but the average was increased by a few higher-end steakhouses. we fixed quick lunches at home on some days, which isn't included in our average meal cost.

Buenos Aires is perhaps considered relatively expensive when compared to other South American cities but is quite inexpensive by NYC standards.

here's a comparison of our New York City vs Buenos Aires lifestyle.

we were surprised at how many travelers talked about getting mugged in broad daylight in Buenos Aires. locals seemed dismissive when questioned about safety, but some also admitted that you simply don't walk around some neighborhoods.

we booked an Airbnb with an insane, unblocked view of Buenos Aires. the loft had floor to ceiling windows, 2 bathrooms and a comfortable patio.

pictures don't do the place justice. it was a treat to wake up to sunlight and beautiful scenery every morning.

we ate a lot of steaks (including carne asada) and empanadas.

on one of our first nights, we booked a wine + steak Airbnb experience with a sommelier. we're not sure if the wine made everything taste 5 times better but every dish was incredible. we tried bread, grilled provolone, chorizo, fried rice balls, empanadas, creamy spinach, steak, ribs, and a chocolate lava cake.

Rappi is the go-to food delivery service in Argentina. it seemed like every restaurant (except the steakhouses) had pink Rappi "we deliver!" stickers. we ordered delivery on the days when it didn't seem like we could wait until 8pm for a proper sit-down dinner restaurant.

Rickshaw followers are accountability partners. here's what we achieved in Buenos Aires.

Ryan worked with the Fork engineering team to deploy a redesigned version of Lobiloo, one of our portfolio companies. he also admitted 2 new recipients to the Honest Marketer scholarship.

Hideko worked on our OCR software, aggregating documents for tax filings, and evaluating IRR across new ventures with personal capital.

we didn't face many challenges in Buenos Aires. there were a couple times where we were extra cautious of our surroundings (particularly when walking on a dark street at night).

we both took a couple Spanish classes in high school so the language barrier was not debilitating as it had been in other countries.

it feelts great to be back on the road. we spent Christmas and New Year's in Atlanta and Austin, where it was cold and we didn't have our freedom. you know, family stuff.

wearing a winter coat on January 10, then a swimsuit on January 11, reminded me of how special a privilege this is to freely roam the planet.

Hideko was quite nervous about traveling to South America, to be honest. she exclusively read "tourist horror stories" before the flight down, but luckily Buenos Aires exceeded expectations.

i went alone on a "coffee crawl" Airbnb experience, which is how we met the host that later took us on a night out to various local bars and clubs. thank you Flor! funny enough the guests we spent that evening with, were all from Atlanta. they even live in the same neighborhoods as i did, during college.

another nice change for me was all the steak. from ~June to Christmas 2019 i was strictly carnivore (meat only), but during family visits i put aside the diet and optimized for "fun" food. back in Argentina i was able to transition back to "yes seriously, i do want the 1.75kg steak for myself. also chorizo."

i was under the weather for a majority of our time in Buenos Aires and was confined to the Airbnb most days.

thankfully i started feeling better during our second week and was able to attend a cocktail tour (i know, not the healthiest choice after feeling sick). we met up with some (very fun) Americans and it felt uncomfortably comfortable to be able to speak English for a night.

the outing reminded me how important it is to schedule some social interaction. i'm naturally introverted so i always figured i'd be able to get by on a remote island by myself in a Lost scenario. after a full year of travel across Europe and Asia, i've learned that this is in fact not the case at all.

even a couple months in to our travel, i started feeling antsy and reclusive because i was unable to communicate well in the local language. not a difficult thought experiment to consider what would happen if there was no human interaction at all.

perhaps solitary confinement is a crueler sentencing after all. 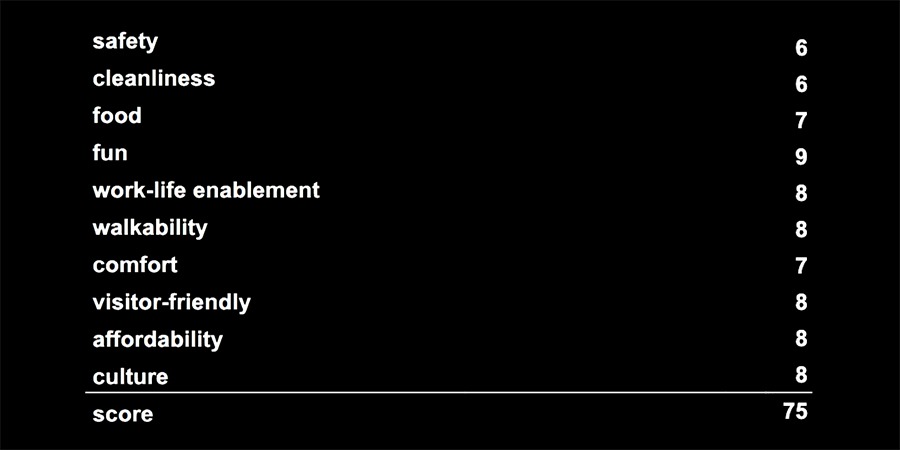 we hear Buenos Aires is a popular destination for tech nomads. on more than one occassion at a cafe, we overheard SF bros discussing their SF vs BA lifestyles.

locals are friendly, prices are affordable, cafes take their coffee seriously, and nightlife is fun.

while we still prefer the modernity and powerful A/C of cities like Seoul and Bangkok, we have a feeling Buenos Aires will earn a top ranking across our tour of South America.

we also saw packs of backpacking tourists on their way to and/or from their hiking expeditions. even if nothing specific brings us back to Buenos Aires, we'll likely try a Patagonia hike if we ever do South America Trip Round #2.