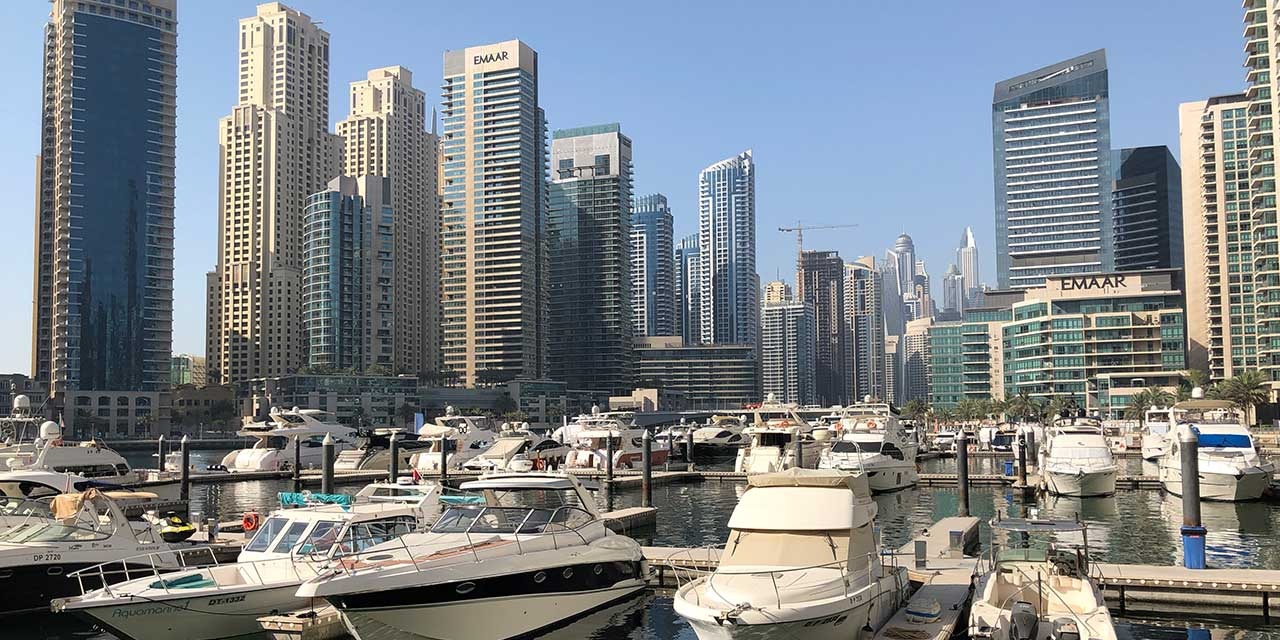 we spent 16 days in Dubai, splitting our time between the Marina and downtown.

this is the third time in a row we've landed in a country in the middle of a holiday we knew nothing about. this time, that holiday was Ramadan. we checked into our Airbnb and stared in confusion while looking out our window: where is everyone?

the marina boardwalk and beach were deserted, with only one or two other tourists in sight. 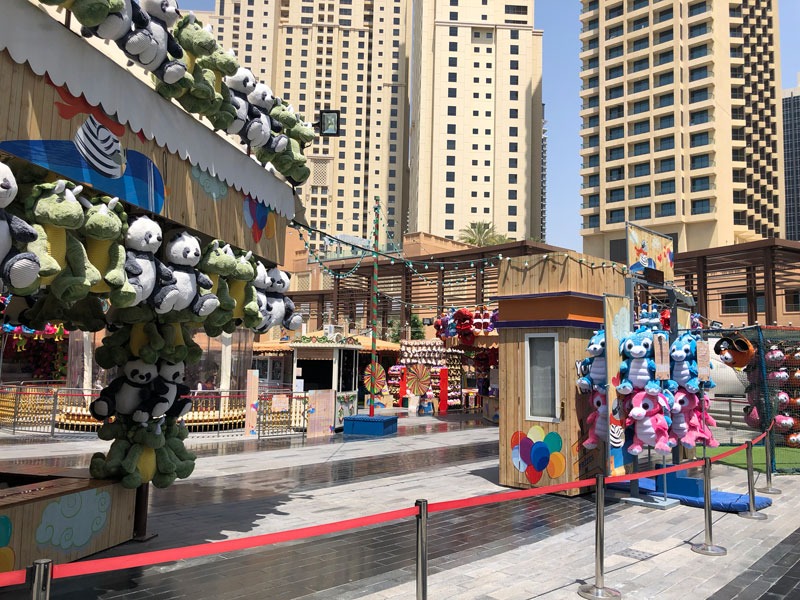 the whole scene was something out of Walking Dead. the dead silence of a large city clearly built for a large population is eerie.

we learned that all cafes and restaurants black out their windows and it is illegal to eat or drink anything (even water!) in public during the holiday. for Ramadan, Muslims fast from sunrise to sundown. 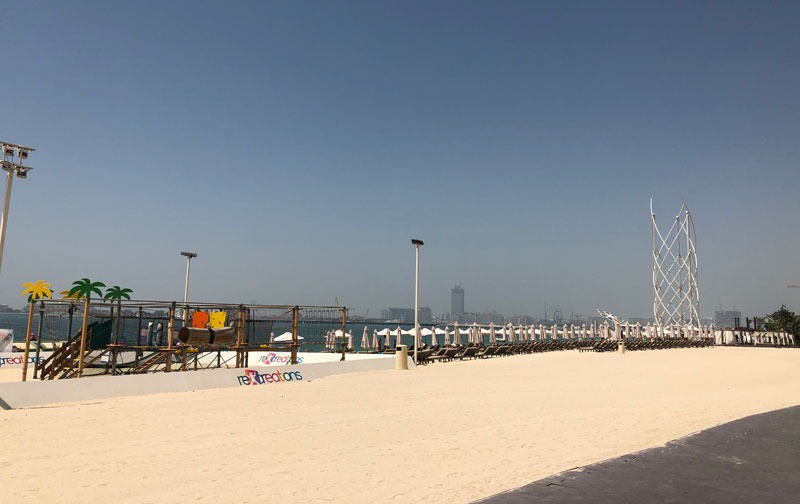 so, Dubai looks like it could be fun. but in the midst of a holiday where people don't venture outside and many cafes and restaurants close until iftar (meal to at sunset to break the fast for the day), we can't say for sure. 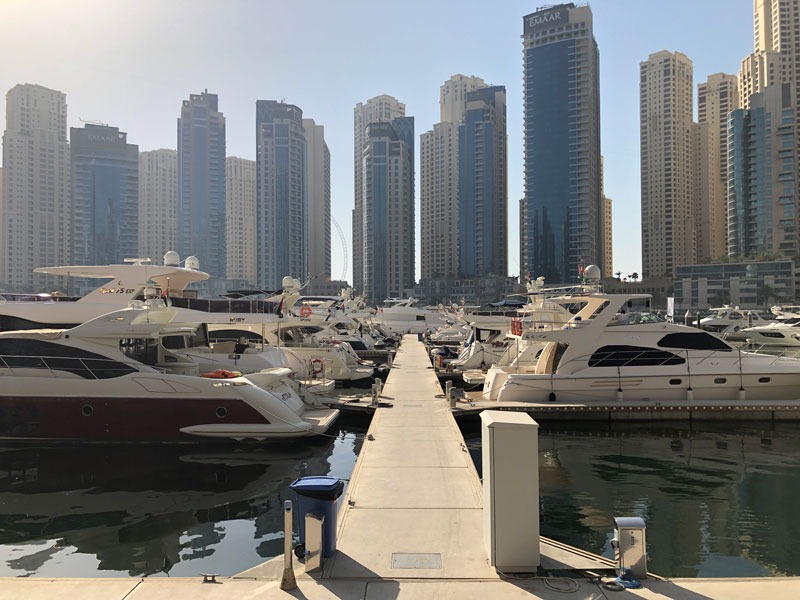 here's a comparison of our New York City vs Dubai lifestyle.

Dubai is flashy and expensive. we discovered the Entertainer app and scored some generous discounts at restaurants. the app displays deals from restaurants, retail stores, tourist attractions, massage spas and fitness studios.

during Ramadan in particular, some restaurants even offer 2-for-1 deals since there are limited customers (non-Muslims and children) able to eat during the day.

we took advantage of this and ate at steakhouses and iftars (buffet served to break Ramadan fast) most days.

despite the discounts, we still ran up a high tab. this was the first city where our expenses were higher than in NYC. a solo digital nomad, or a thriftier couple, could definitely beat our cost of living by at least $2,000 for the same 16-day stay.

our Airbnbs were centrally located for walkability. the first was along the boardwalk at the Marina and the second was steps away from the Dubai Mall.

while each condo was clean, modern, and new, there was something stale about them that made them uninviting and basic. perhaps we felt this way because each condo building in Dubai looked identical -- white cement rectangular towers with the property developer "EMAAR" written in large block letters. there was absolutely no distinction between condo buildings.

our time south of downtown was nice because we could go to the beach in < 5 minutes or walk along the marina. while fairly hot, winds from the seaside made it tolerable to hang outside. when we moved to downtown, this was a different vibe not suitable for walking very far distances. the furthest we walked downtown was to the famous Dubai mall. 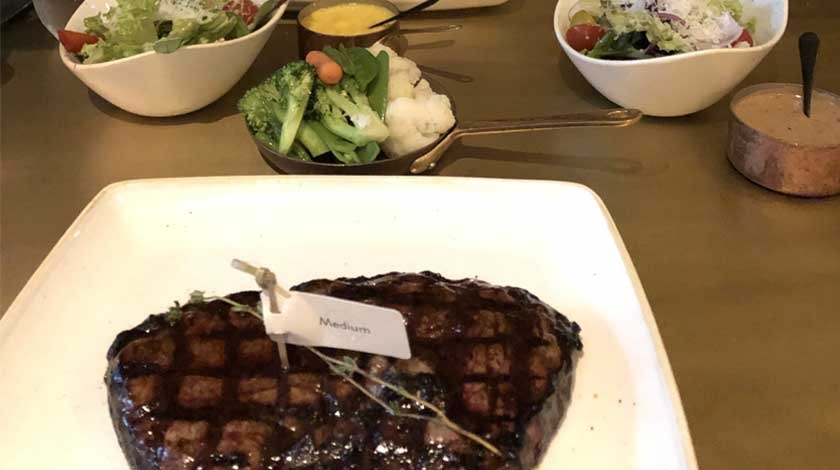 we forgot to take pictures of our food this trip, but this is the gist. steaks nearly every night.

Rickshaw followers are accountability partners. here's what we achieved in 16 days in Dubai.

Ryan turned in his final Fitness for Hackers manuscript before the May 31 deadline and illustrated a handful of gym equipment for a new "terminology" chapter. 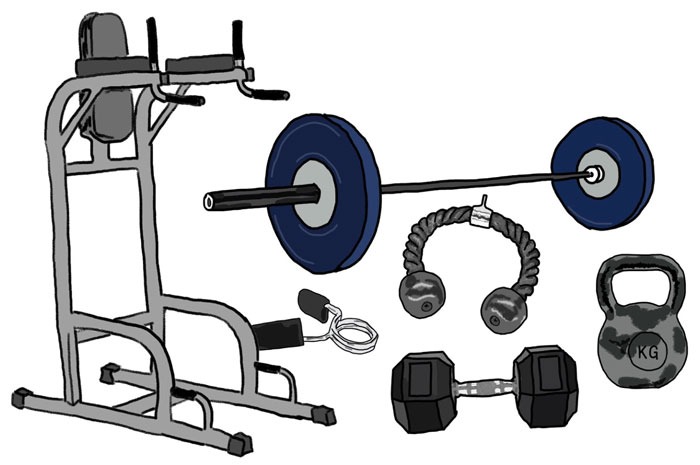 we had to adjust our default behaviors more in Dubai than any other city we've visited.

most coffee shops around us were closed during the day due to Ramadan, so we worked from home. we were careful not to drink (even water) in public. Hideko wore long pants and sleeved shirts.

these particular changes were not fun in the 100+ degree desert climate. while many tourists did not follow these rules and were treated fine, we also heard from a fellow traveler that she was spat on in Egypt for wearing a pencil skirt.

we were weary about showing affection towards each other in public. we held hands once while walking in the mall.

not sure if this was due to cultural standards, but both Airbnb hosts expected that we would share one key for our multi-week stay. our second host was able to find us an extra key but the first could not. so we coordinated our schedules each day which was very inconvenient.

overall, though, there is a strong push from the wealthy residents to transform the city into the next NYC, London, Paris, etc. this means attracting Westerners and Western businesses -- Barry's Bootcamp, Fogo de Chao, Cheesecake Factory, and Flywheel have all set up shop in Dubai. this may also mean changing behavior toward Western behaviors, like drinking alcohol and wearing tank tops and shorts.

Dubai is very comfortable and glamorous. as long as you're respectful of their traditions, you'll also be treated with respect.

in Dubai i recorded a new single, 90's Kid, at GTR Studio. 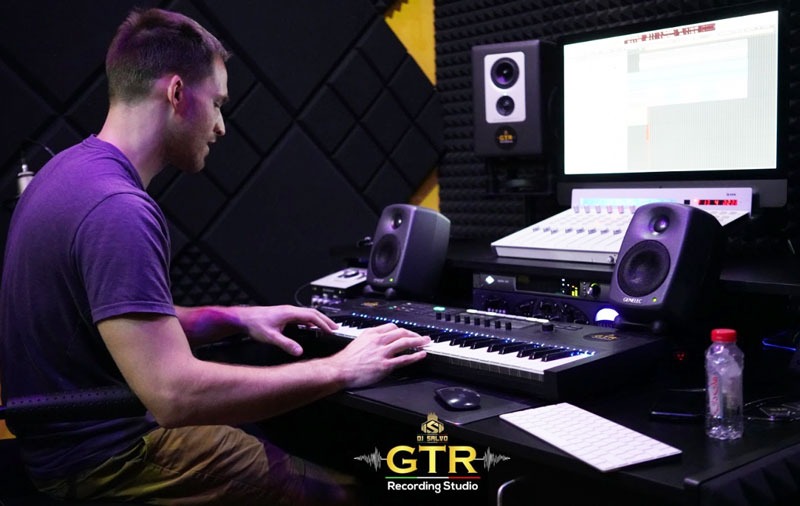 Hideko and i also managed to go on 2 excursions: the 125th floor of the Burj Khalifa and a desert safari. 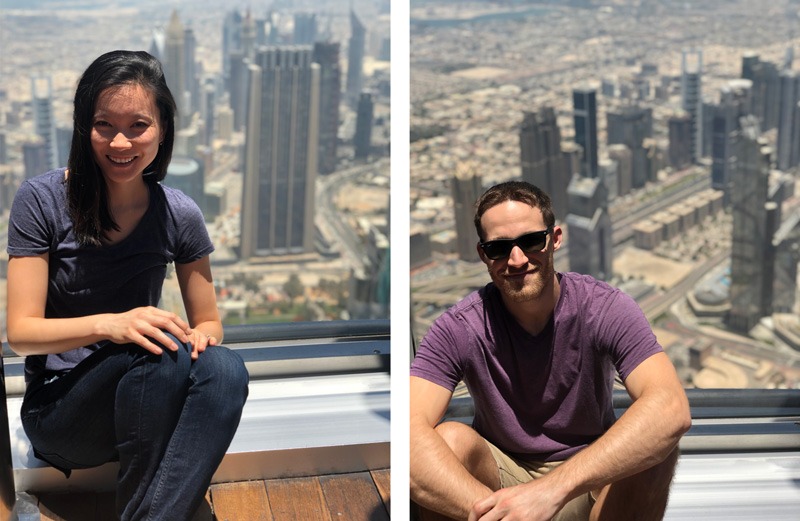 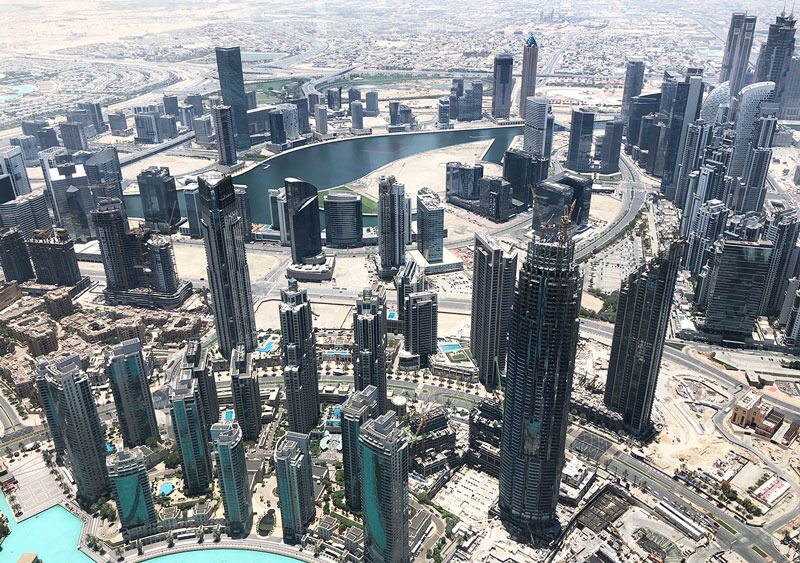 believe it or not we took way too many photos of the safari, and activities ranged from driving over huge sand dunes to sand boarding, a meat buffet, watching falcons, visiting a llama zoo, and more. 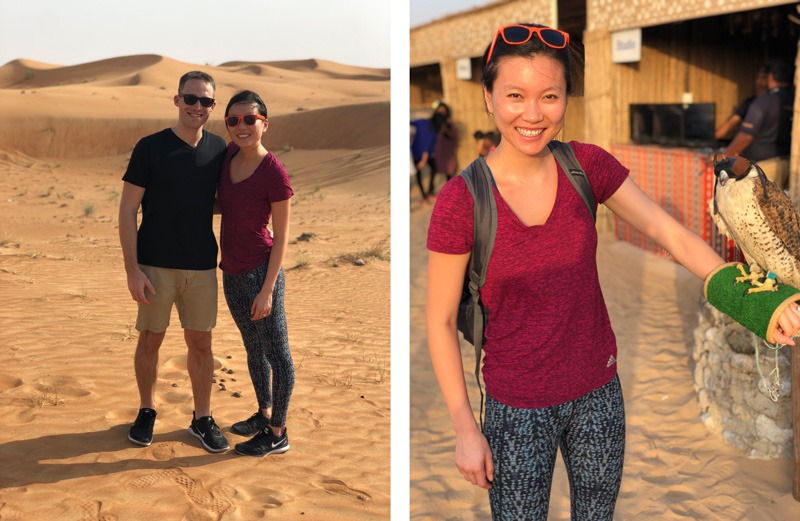 there weren't many cafes to work at, but otherwise Dubai was a nice experience. i also had Caribou coffee for the first time since college.

i read a few travel blogs to prepare us for this trip. the Middle East is totally new territory for both of us, even if Dubai is relatively progressive.

i read that female Western foreigners have a reputation for promiscuity and are therefore frequently propositioned in public. a common strategy among single women traveling in Dubai is to purchase a fake engagement ring to ward off unwanted attention.

i read that any public displays of affection, even hugging, is frowned upon.

well, we didn't experience any of this. we stayed within tourist territory: downtown and the Marina boardwalk. we even saw expat women dressed in revealing clubbing attire walking around in the evenings.

in fact, restaurants and clubs hold extremely generous ladies' nights. believe it or not, free alcohol and food (sometimes unlimited!) is routine for women at the swankiest restaurants and lounges. every night of the week. of course, the implication is that the men will follow and spend enough to make up for the difference. here's a schedule of some popular ladies' nights for the week. 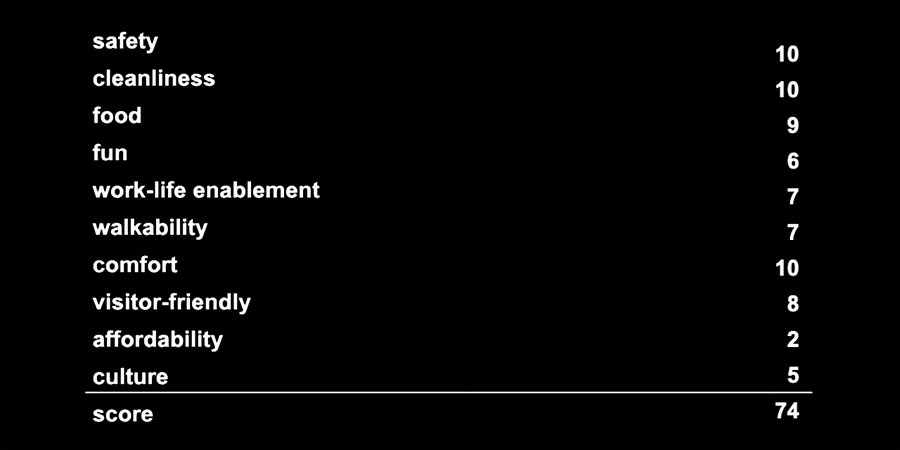 this was the first time in our lives were were legally "oppressed," given the Ramadan restrictions on certain behaviors in public (eating / drinking / affection).

while the inconvenience was not a deal breaker to visit or enjoy the city, it definitely eliminates any thought of living in Dubai long-term.

finally, Dubai is prohibitively expensive. we're lucky enough to accommodate, but it was not uncommon for a coffee to cost $6-7 USD. we suggest enjoying it for a week or two like we did, then never going back.