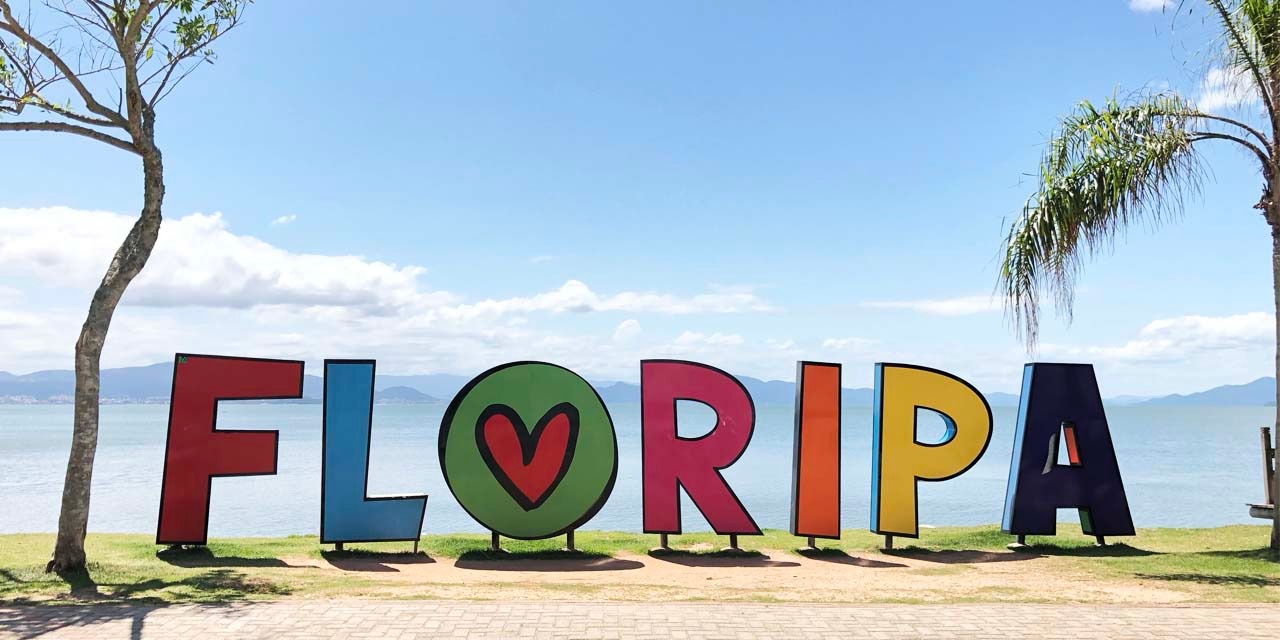 we'll admit that we didn't give the city the best effort. in some cities we'll book history tours, visit museums, and explore the nightlife. we did none of that in Florianópolis.

we browsed the usual suspects (TripAdvisor, Airbnb Experiences, etc.) and honestly couldn't find much going on besides surfing. we contacted a surf academy and received unenthusiastic responses so we abandoned ship.

on our last day there we learned there was a festival called Carnaval, which sounded like one huge party on the entire island. oops.

while we walked around a lot, we didn't find too much going on. we went to a recommended steakhouse for dinner on a Friday night and we were the only guests in the entire restaurant until around 9pm when another couple was seated.

we did learn that Outback Steakhouse and McDonald's are extremely popular local hangouts though.

we heard Florianópolis was the "Vegas" of Brazil so we expected more crowds and flashy nightlife rather than a quiet beach town.

our Airbnb in Floripa was $118 per night (+ $21 in fees per night) and it was one of the more expensive 1 bedroom Airbnbs we found with our search criteria (laptop workspace, gym, washer/dryer, etc.).

meals were $9 /each on average.

Floripa is quite affordable. Santa Catarina's gross national income per capita apparently falls around $15,000 USD. the median rent of a "large apartment in the city center" is around $680 per month.

here's a comparison of our New York City vs Florianópolis lifestyle.

our Airbnb was right along the water along the left coast of the island. it was easy to barricade ourselves in the apartment because the view of the waves was unreal.

see some of Hideko's thoughts of our Airbnb in Hideko's Corner below.

we didn't take pictures of our churrascarias. we stuck out enough as the only Americans in the restaurant. we didn't want to also be the ones doing a photoshoot with our food.

honestly, it wouldn't look too appetizing because the staff walk around and slice off small chunks onto each guest's plate. at any given time during a meal, we'd have 5+ cut-up pieces of meat on our plates. no "presentation" but plenty of taste.

Rickshaw followers are accountability partners. here's what we achieved in Florianópolis.

Ryan launched a new side project, Simple FAQ. it received little fanfare but already has a few paying users, which is enough to cover hosting + maintenance for a few years to come.

he also wrote about the Politicization of Everything and began investigating new charities to support. our latest addition to the Kulp giving stack: Bail Project.

Hideko continued build on our invoice app and closed books for our portfolio companies.

after the first couple days, we did not leave our apartment besides a couple dinner outings. the apartment had everything we need to function: gym, bed, shower, kitchen, and our cellphones for UberEats.

when we realized that cafes were not going to be an option, we took an Uber to a supermarket and stocked up on breakfast / snack food. since we typically eat 2 meals per day (breakfast = lunch) and we found a couple repeatable delivery options on UberEats, we didn't have to use much brain space to figure out our meals.

if we didn't have the great apartment, we doubt we could have been nearly as productive. Ryan in particular loves cafe-hopping as a way to reset his energy between work projects.

we generally prefer more walkability and proximity to cafes with workable spaces.

we never watch TV. youtube and netflix on our laptops, of course. but we rarely take the time to figure out how to use the TV at a given Airbnb, even though sitting on a couch is generally more comfortable.

in this Airbnb the bedroom had a projector. it had blackout blinds. he had a surround sound system. so i obliged. we saved hours of commuting (walking) by staying inside this week, so i felt OK binge-watching the last season of Silicon Valley (HBO) and the first half of The Outsider, a horror mini-series.

another thing i got back into in Floripa: running. the building gym was decent and i got in a few weight lifting sessions, but i'm also a sucker for running alongside oceans. i started doing it in 2013, NYC, then continued when i lived in San Francisco, and here i got another shot.

a potentially tremendous opportunity that arose from our time in Brazil was meeting and hanging out with the GrowthHackers.com team. it's a long story, but my old company invested in their content marketing platform, then years later they acquired GrowthHackers.com from Sean Ellis. now we're collaborating on a multi month marketing stunt for Fomo.com. phew!

our Airbnb was incredibly comfortable.

we've booked modern, minimalist apartments before and enjoyed the swanky settings. we typically book Airbnbs with Superhosts who have 50+ reviews. but this also means that they don't live in the unit themselves and so they've designed the apartment mostly to look good for the pictures.

sometimes we'd wonder how the apartment owners lived without closet space or cooked without a cutting board, until we'd realize -- they probably never tried living there.

this time, we were in for a pleasant surprise. every inch of our Florpia apartment was designed for maximum comfort.

the little investments that someone makes to their own home really make a difference. the beds had a massage setting and an automatic adjustable frame (we could sit up and read in bed!), there was a blackout setting to all the windows, the bedroom had a massive screen and projector, there was a heavy duty water purifier, there were plastic mats to catch food particles from being washed down the sink, the ~10-person sofa in the living room had rolling end tables for working or eating, and there were >7 freestanding airconditioners (the bathrooms, kitchen, and washroom each had their own).

ås an adult i have never lived in an apartment for longer than 1.5 years. i never graduated beyond Ikea furniture because i knew i would throw it all away in ~a year. Ryan and i bought one designer sofa and it wouldn't fit through our NYC apartment building entryway. it's in storage now, but what a waste.

i'm looking forward to the day i can invest real effort into making someplace a home with non-Ikea furnishing. for now though, i'm adding notes to a list.

...and adjustable bed frames are now added to that list.

Florianópolis scored a 57 / 100 according to our Rubric. 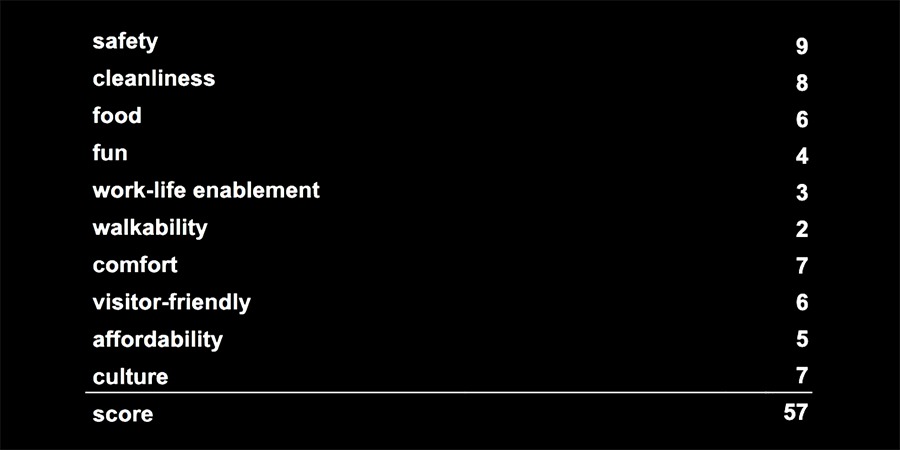 i think the best statement that sums up Florianópolis is "we're not sure".

we've heard really great things about the city from friends who've visited and lived there for years. probably our experience would have been better if we had actually organized a beach trip or investigated a Carnaval party.

but after visiting a couple cafes that did not seem to be conducive to laptop work, we holed up in our Airbnb and took Uber rides to and from churrascarias. Floripa is probably fantastic for the beach-lazy sangria vacation but it wasn't ideal for our work needs.