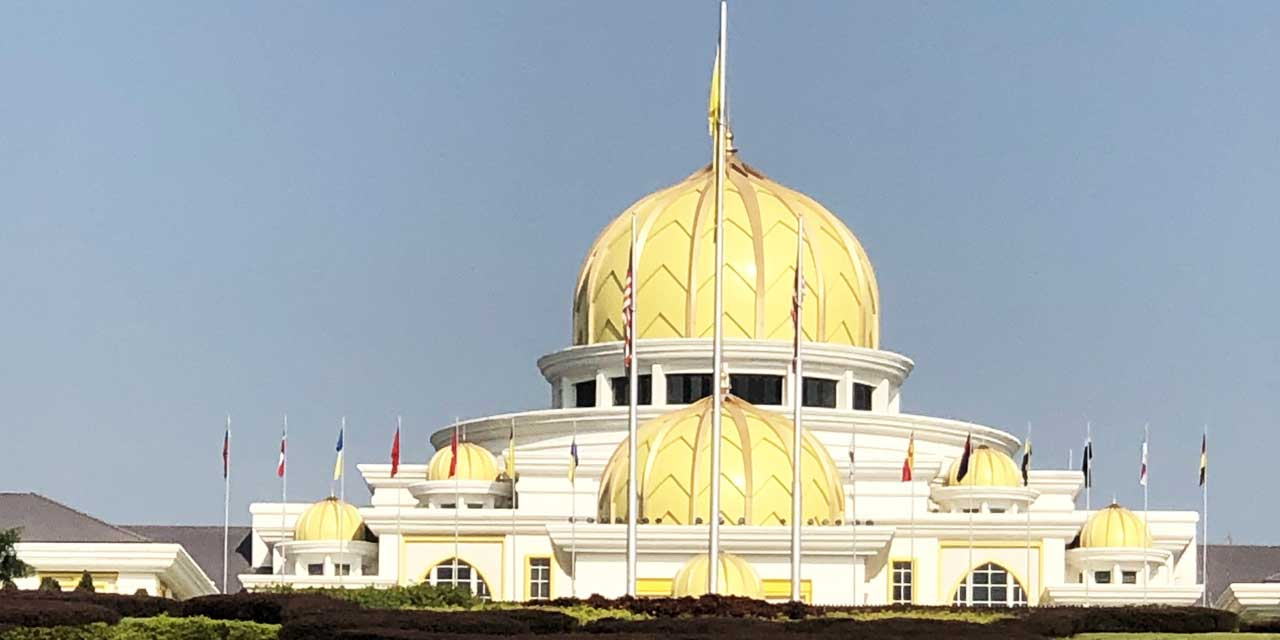 our Airbnb was located in the city's center near the Petronas Towers.

we really felt at home in our apartment: this was the first time we had ample closet space to unpack all of our clothes. this was also the first time in Asia we had a shower with a door that fully separated it from the rest of the bathroom.

our social life saw a revival too. we met up with friends, made new ones, and learned how much better traveling is when locals take you around their city.

pricing ranged from $3 for a chicken salad, to $7 for a poke bowl, to ~$290 for dinner for 2 at a floating dining table raised above the city by a crane (see "FUN" section below).

we also were lucky enough to have a few catered and fine dining experiences through our network and partnerships with the Malaysian tech scene, and those are not included in the budget here.

we didn't eat much Malaysian food but there is enough Indian and Chinese to make up for it.

some of you have criticized our past travel recaps, saying we don't post enough photos of ourselves or the city itself.

well, we're proud to share that KL was an exception from our usual photo taking and no-fun-having routine. it was Ryan's birthday after all.

here are a few of our experiences, annotated for context. 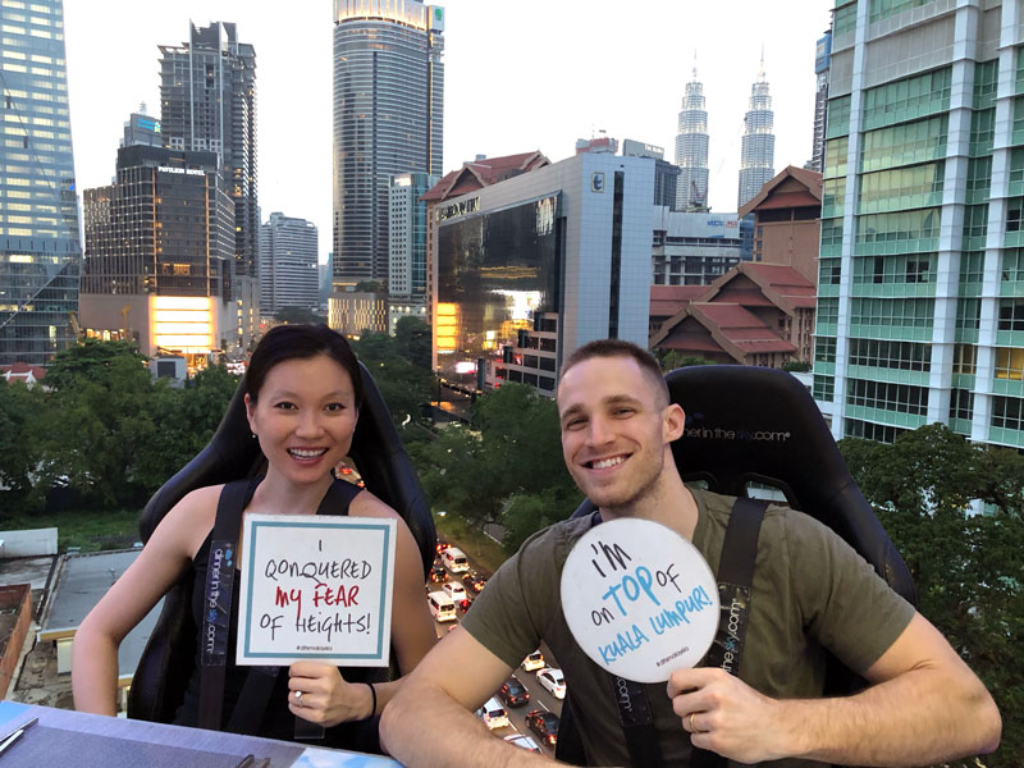 Dinner in the Sky is a 3 course meal aboard a ~20 person dining table, lifted 60 meters in the air by a crane. it was our first time feeling "nervous" while eating, pretty interesting. 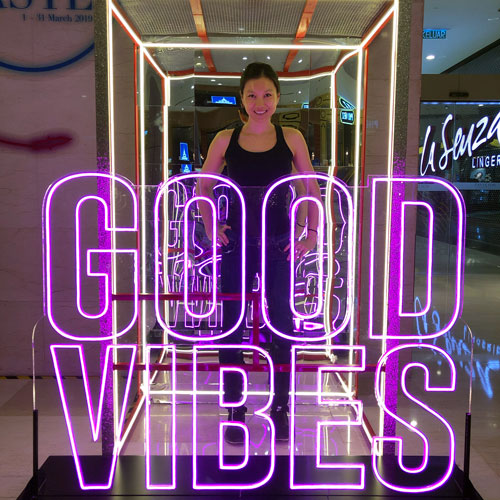 here we're just in a good mood. free photo booths are all over Pavilion mall. 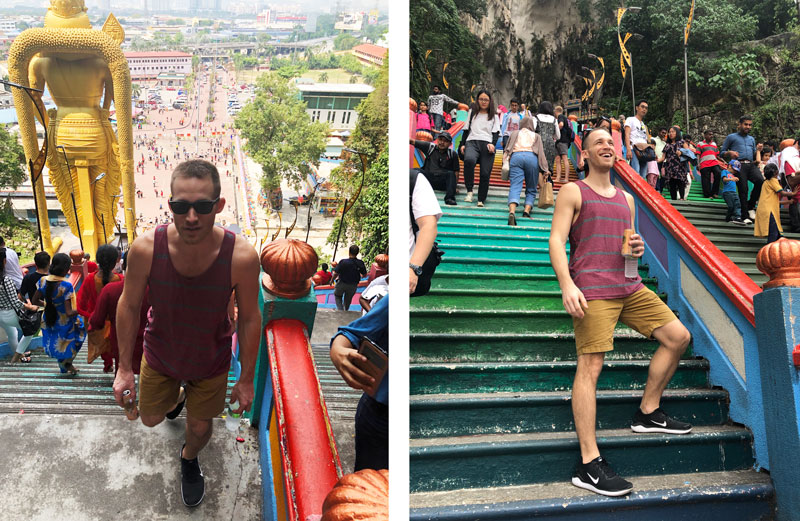 Batu Caves sit halfway between Kuala Lumpur and Ginteng, a town with the country's only casino permit.

when we got to the casino I couldn't personally go in due to my tank top (lol), but we ate lunch, walked around the many shops, and took the glass floor gondola on the SkyWay.

here's a comparison of our New York City vs Kuala Lumpur lifestyle.

we ate our way through steakhouses, all-you-can-eat Brazilian churrascarias, celebrated Ryan's birthday with Dining in the Sky, and more.

a solo digital nomad, or a thriftier couple, could definitely beat our cost of living by at least $1,000 for the same 13-day stay.

I spoke at 3 corporate workshops on growth, technology, and creativity. 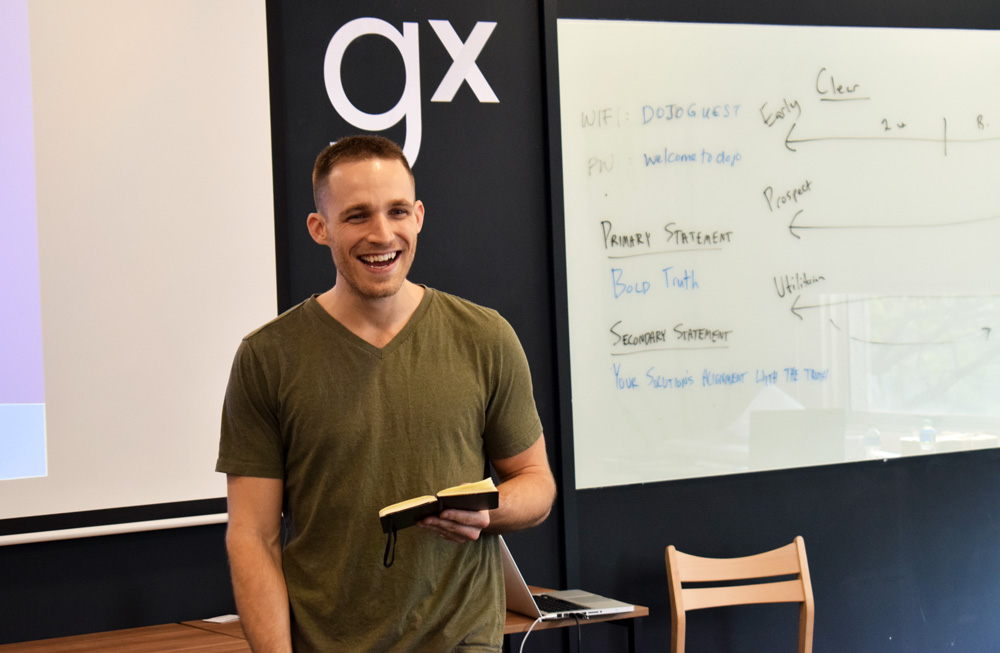 this alone resulted in more than a dozen new executives in my network, and potentially a few more consulting gigs later this year. these projects were in partnership with GrowthX, a venture firm i worked at in 2015 and have since collaborated with for my online growth course.

in KL i was reminded how important a peaceful home environment is for my productivity, specifically after-hours (after dinner) periods. vaulted ceilings, a skyline view, and powerful air conditioning are my sweet spot. add some high quality cold brew and i routinely worked until 4am every night, save the 9-course meal we had at Nadodi.

i spent more time than usual on side projects in KL, shipping updates to our OCR project (Hideko is lead), working on conversion optimization for Cross Sell, mentoring HMS scholars, and building a new image uploader at Lobiloo.

the only bummer about my time in KL? one of my Fomo team members resigned to join a new team. we're very happy for him, but he will be missed. i'll be spending most of my effort in April on a transition to new people and processes to fill the role.

i've learned that girls do not wear yoga pants on a regular basis everywhere else around the world.

i saw 0 yoga pants in KL -- mostly hijab or street clothes. i also felt self-conscious at some of our nicer steakhouse dinners in my casual jeans. i guess it's time to upgrade my wardrobe with a dress.

luckily there is a sky bridge connecting most of the malls, and you can literally walk a mile+ in air conditioned "pedestrian highways" that sit ~30 feet above street level.

the vibe is sort of like walking through airport vestibules, except you're skipping traffic lights and summer heat. there are advertisements, escalators, and direct connections to train stations and stores every step of the way.

nobody does malls like Asia, and above ground enclosed skywalks are just one of many next-gen elements of their shopping and city life.

Rickshaw followers are accountability partners. here's what we achieved in 13 days in Kuala Lumpur.

Ryan began a deep dive on support metrics at Fomo. this is part of a larger internal campaign on reducing subscriber churn. he also kicked off implementations for 2 new enterprise clients -- aka companies you've heard of and probably use -- but can't mention names publicly without their permission.

Hideko completed v1.1 of an OCR ("optical character recognition") software for CPG chargebacks and invoices, built additional features for an existing Fomo integration, learned a little Vue.js, and started Company of One by Paul Jarvis.

Kuala Lumpur earned a 80 / 100 score according to our Rubric.

the city is brand new, has tons of restaurants, nice apartments, and plenty of expats.

even the locals are a diverse bunch from all over the world, and nearly everyone speaks English.

getting around is a cinch with modern apps like Grab, and affordable too ($1-3 anywhere in the city).

we already booked a return ticket to Malaysia, directly from Munich after enjoying Oktoberfest 2019.