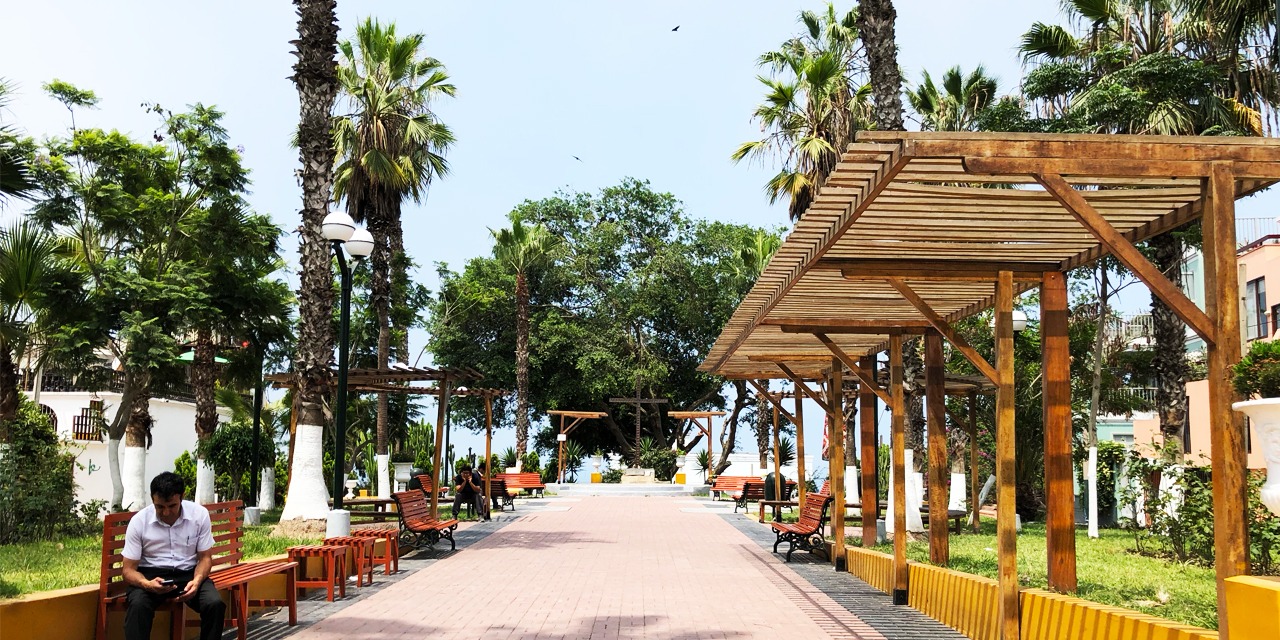 prior to this we visited Buenos Aires, Florianópolis, and Santiago on the South America leg of our world tour. Lima is our favorite among these 4 cities.

we stayed in Barranco, which is a fun and bohemian neighborhood known for great food. it's also cliffside and steps from the beach, which was a nice combination of a condensed, walkable city with beautiful seaside views.

it helped that we lucked out choosing the ideal neighborhood for our tastes (great coffee, great cafe work spots, great food, great regions to run). we didn't venture much out of the Barranco and Miraflores (adjacent to Barranco) neighborhoods either. so perhaps rather than vouching for the whole city of Lima, we'll just vouch for this beachside region.

our Airbnb in Lima was $70 per night (+ $12 in fees per night) and it was one of the nicest 1 bedroom Airbnbs we found with our search criteria (laptop workspace, gym, washer/dryer, etc.).

meals were $14 /each on average. this average was raised due to a few "splurge" meals, including a tasting menu with the wine pairing at Kjolle. even in Barranco, an upscale neighborhood in Lima, you could eat well with $6 USD for lunch and $15 USD for dinner.

here's a comparison of our New York City vs Lima lifestyle.

our Airbnb as in the heart to Barranco and within 30 minutes walking distance of Miraflores.

we loved how spacious the apartment was: there was proper separation between a work space (dining room), relaxing (living room), reading (armchair area), and sleeping (separate bedroom).

we were also 2 blocks from the cliff overlooking the beach and ocean. there were also over a dozen cafes within 10 minutes walking distance of the Airbnb. we wouldn't think twice about booking the exact same unit if we visit Lima again.

the food in Lima is incredible. we went on a gourmet food tour and our guide told us that we won't be able to find a bad restaurant in Lima. well, we were only trying out restaurants that were highly rated or recommended but we still believe her. there were such unique flavors -- from the Asian influence in the lomo saltado (a stirfried sirloin dish) to the many sauces infused with peppers from the Amazon.

this was the first time we've had Peruvian ceviche and we were blown away. most restaurants seem to have 2 types of ceviche on their menus. the first is "ceviche classico", which is a mix of white fish, large corn kernels, smaller corn nuts, red onion, sweet potato chunks, and leche de tigre. leche de tigre is a citrus mix and has nothing to do with lactose, despite the name. 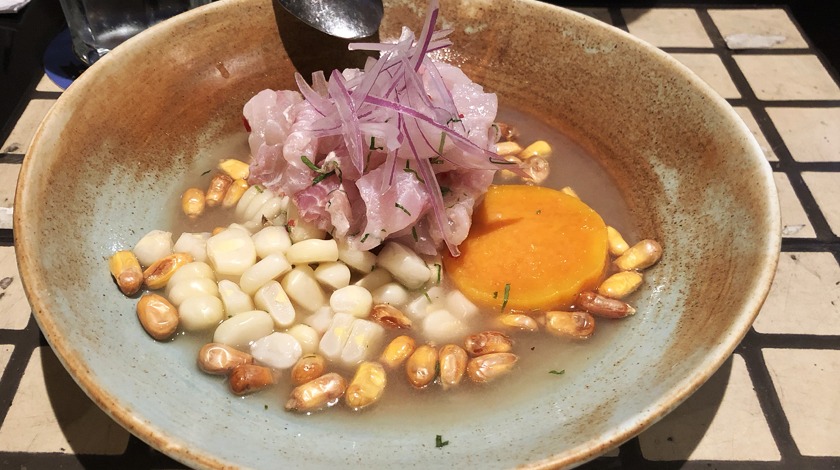 the second type of ceviche is "ceviche mixto". this one comes with the same ingredients as the ceviche classico but also includes more varieties of seafood or shellfish, including calamari, octopus, shrimp, and scallops. there might also be some avocado and red peppers. Ryan preferred the ceviche classico because he prefers to stick to the basics when it comes to seafood. 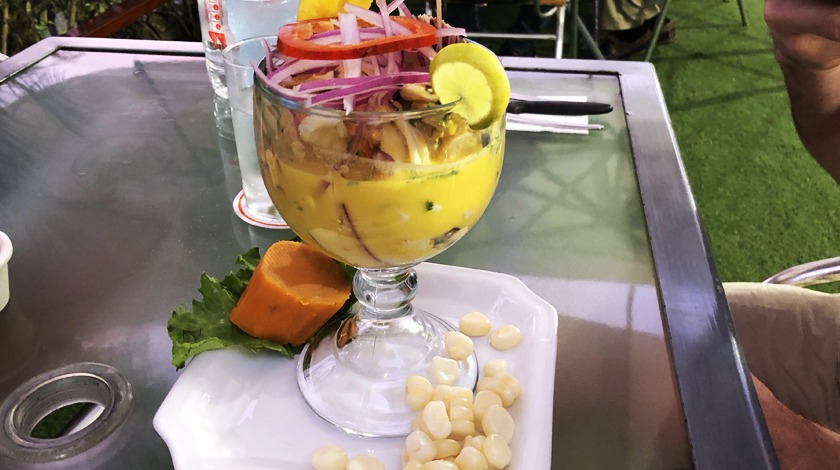 here were our favorite restaurants in Barranco:


Hideko was happy surrounded by many healthy options, her favorites were:

Rickshaw followers are accountability partners. here's what we achieved in Lima.

Ryan built a Squarespace extension for Fomo, launched his Fitness for Hackers book, and launched ads for a few of our Shopify apps. he also increased pricing for Lobiloo and onboarded a new illustrator to the team.

we did not face any challenges in Lima.

however, we drove through other parts of Lima to and from the airport and it looks like we spent our 10 days in a bubble of paradise in Barranco. just like any other city, Lima varies a lot by neighborhood. since we do very little research on neighborhoods when booking Airbnbs, we're very fortunate to have picked Barranco.

Barranco is an excellent neighborhood for exercising outdoors. you can run an hour straight with zero stoplights, along a cliff, overlooking the ocean. here's a live stream i did in case you want to take a peek at the views:

because our apartment was so nice, i read more books this week than any so far this year. i also managed to study more than usual, clocking at least 200 new vocabulary works (Korean) and acquiring a new "short stories" book.

in the writing world, i signed an agreement with major business brokerage Flippa.com to produce up to 24 guest posts for their new blog. those should begin publication soon.

Barranco is a very peaceful neighborhood. the congested, rioting, and tear-gas-filled streets of Santiago quickly became a distant memory.

after traveling around the world for over a year, i've picked up on what i need from my environment to feel settled in a new city. the list is short:

for #1, Barranco had 2 restaurants that I rotated -- Germinando Vida and La Bio Cafeta. i especially loved how the local food culture emphasizes freshness. farm-to-table is considered "premium" in the US. in Lima, it was a way of life. we went on a gourmet food tour in Lima and our guide told us the locals even avoid seafood restaurants after 5pm because they consider the morning "catch of the day" unfresh by that time.

for #2, there was 1 large supermarket nearby. we're definitely spoiled in the US where we are used to enormous 24 hour convenience stores and one-stop superstores with neatly stacked pyramids of fruit. we don't rent cars on our trips so i'm particularly excited when a real supermarket is walkable nearby.

for #3, Barranco is stretched along the coast along a cliff. there are beaches at the bottom of the cliff and there are breathtaking runnable paths at the top of the cliff. i actually looked forward to my run every day and found myself running longer distances each day without feeling bored. the last time i felt this way was in Porto along the Douro River.

back in the US living a life in excess, i thought i needed a lot of things to feel comfortable.

now that i've been "home"-less for over a year, i've had to adjust my mental framework for what "feeling settled" means. 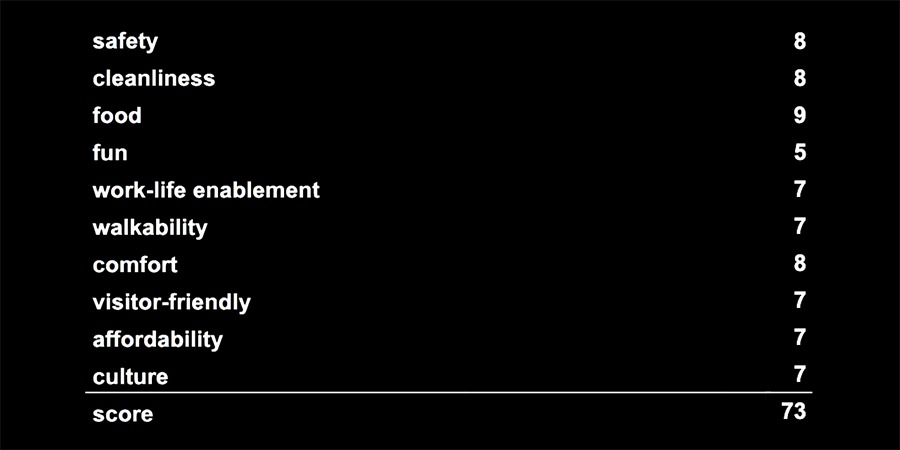 it's one of the few cities on this world tour we'd visit a 2nd time. whether you want to work (like us) or just drink sangria and eat ceviche, Lima accommodates.

and after you relax in Lima, make sure your next stop is Machu Pichhu!