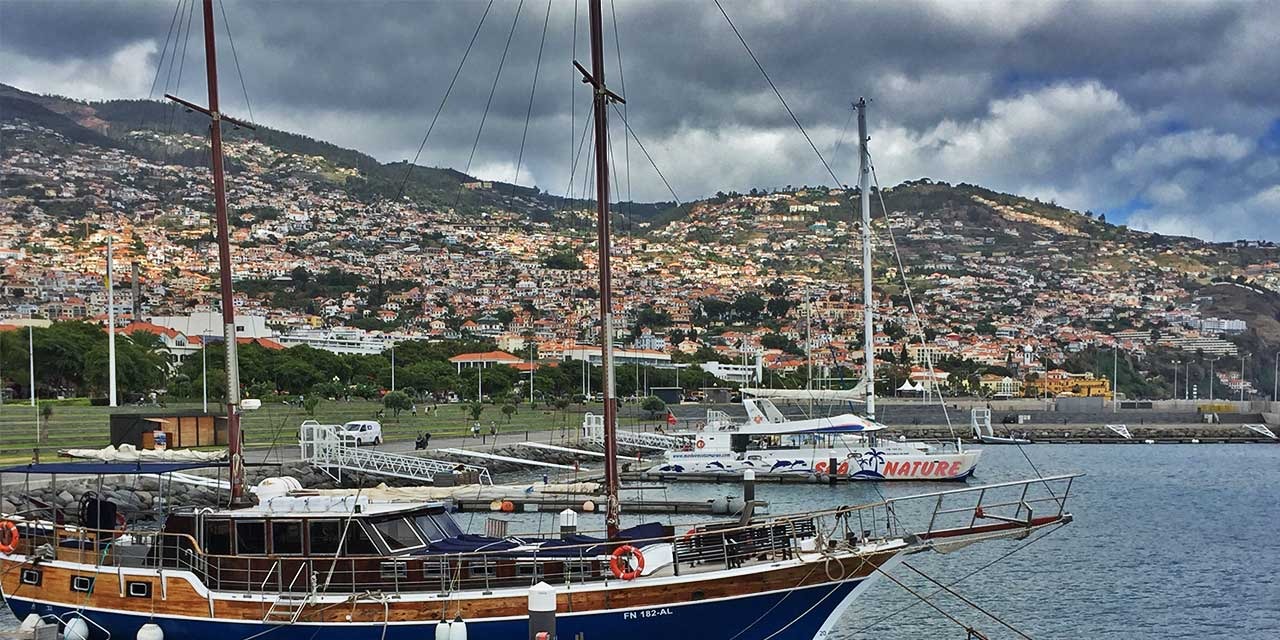 we spent 30 days in Madeira Island, Portugal. our Airbnb was in Funchal, which is the capital of the remote island.

we booked this longer stay impulsively. every couple months we'll open up the Airbnb website and pick our next 3 cities. at the time we booked Madeira, we were exhausted from a couple back-to-back quicker trips.

the cons: the island is sparsely populated, with 300,000 people across 400 km (250 miles). this means there isn't much going on. Madeira is a common timeshare spot for retirees so the average age of locals and visitors seemed like 70+. the streets were completely dead after 10pm and there was only one street near us with a few bars open late for drinks.

so, did we try out hip new cafes and restaurants? no. we cooked a lot, ordered takeout, and became regulars at 2 steakhouses.

did we get work done? yes.

you get a lot of things done when you lock yourself on a remote island with limited distractions.

while Madeira is an island, there were no beaches anywhere near us. rather than sunbathing, the popular activity on this island is hiking. there are levadas (walking paths to irrigation channels) and mountains. 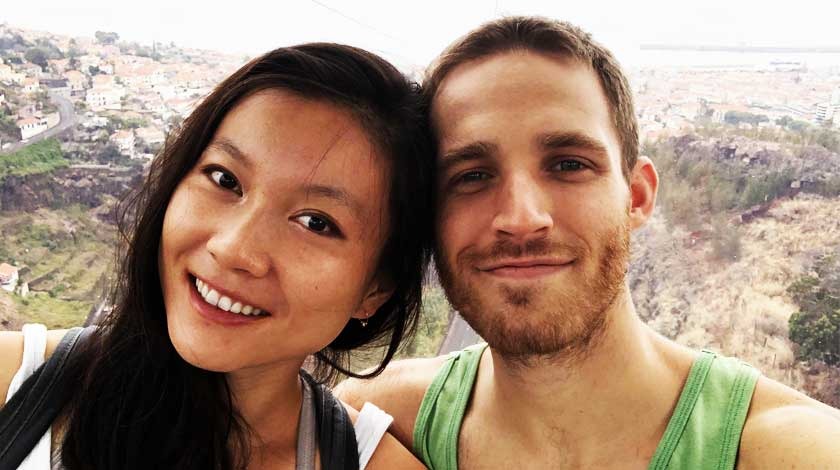 we hiked Pico do Arieiro to its height of 1,818 meters. neither of us are serious hikers but we immediately gained a huge appreciation for why hiking is so appealing to others. the view was incredible.

that was the extent of our "excursions" during our time in Madeira. we went heads down on work the rest of the time.

here's a comparison of our New York City vs Madeira lifestyle.

Madeira is very affordable relative to Europe. even though many visit the island for vacation, ~30% of locals are at risk for poverty.

sure, you'll find restaurants priced for tourists. but even at 20-50% premiums vs "local" restaurants, we're still talking $20 for the more expensive steaks on the island. we went to the best "local" restaurant for espetada (steak skewers), and the grass-fed steak was $7 per kilogram!

we picked the most modern-looking Airbnb we could find in downtown Funchal.

it had the essentials and was very clean. the building operated more like a hotel and it missed the personal touches of a home.

also, we were next door to the building's trash room and our room would be filled with fruit flies every couple days. Ryan came back from the gym one afternoon to find the maids had left both the trash door and our apartment's door wide open. and yes, flies were everywhere.

the flies drove Hideko insane but she became skilled at creating fly traps out of wine, vinegar, rotting fruit, and soapy water.

the food in Madeira was okay. there wasn't much variety so we rotated through ~4 nearby restaurants across the whole month. our 2 favorite restaurants were Beef and Wines and 1811 Bistro Wine Bar.

we also cooked a ton, a first for us since beginning this journey 8 months ago. 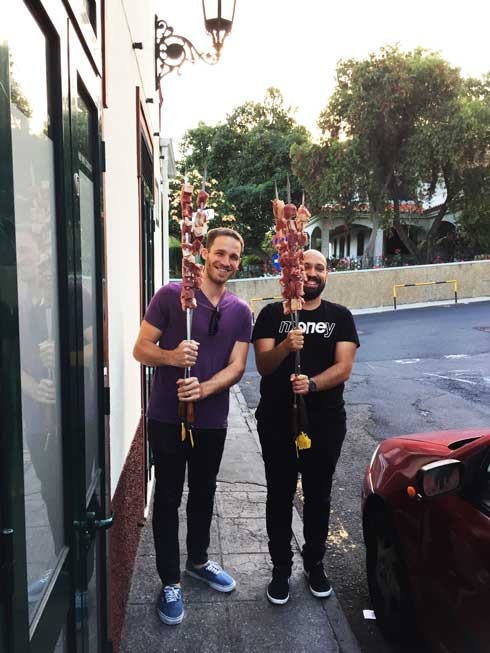 here's Ryan with John, the producer he collaborated with on a few new original song recordings.

Rickshaw followers are accountability partners. here's what we achieved in 30 days in Madeira.

together, we created and launched a course called "How to Buy, Grow, and Sell Small Companies." we also sold Team Bookshelf, a business that helps manage company book clubs.

Hideko also worked on drip campaigns for Report Card Agency, pushed code for our invoice app, and built a Fomo integration. we even rented a private office in a coworking space to maximize productivity. 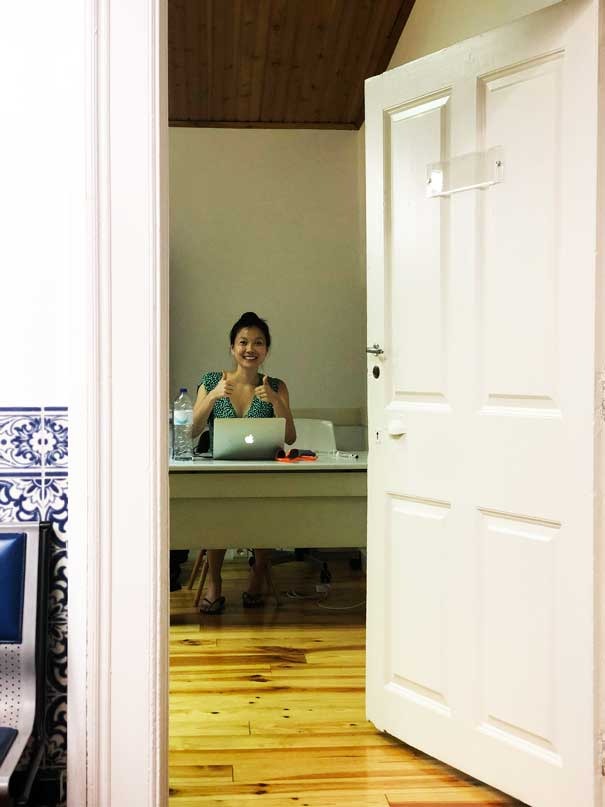 
the last project is worth explaining further, but basically it imports YouTube videos to an alternative platform, BitChute, and it recently took off after being shared by the creator of Dilbert.

as a sort of "grand finale" to our Madeira achievement month, Ryan also live streamed another web application from scratch in about 7.5 hours.

in comparison to New York City, there is very little going on in Madeira. instead of going stir crazy, we took this as an opportunity to really hunker down on work.

still, we missed powerful air conditioning and the availability of diverse cuisines. we tried a highly rated Indian restaurant one night but quickly concluded we should stick to traditional European fare for the rest of the trip.

when we began this journey 9 months ago i swore to stop taking phone calls. first, it's tough to coordinate NYC-time chats at 2am local time. second, i really hate synchronous communication. having a single 30 minute call at 2pm means i can't do any deep work after lunch, and i also have to stay at the Airbnb kitchen table because taking calls from a cafe... good luck.

we also worked harder than ever before, officially "breaking" our biological clocks into a new 4-6am bedtime for the ~entire stay in Madeira.

finally, i didn't go surfing as planned. as we shared earlier, the ocean is everywhere but the few beaches available can only be reached with a car. that's too complicated for me.

all this said, our course launch went well ($20k+ pre sales). for that, i'll forever be grateful of the quiet, relaxed, sometimes boring atmosphere on the island.

it's interesting how culture plays a large role in the infrastructure of a country (or island, for this case). if you've ever been to Shinjuku in Japan or New York Times Square, your senses will be saturated with blinding lights, digital billboards, cars honking, people pushing past you, and groups of friends spilling out of bars, restaurants, etc.

in Madeira a social outing involves enjoying an espresso and a pastry with a friend in the sun. on the weekends, the espresso and pastry are replaced with sangria. you spend hours talking face-to-face (no Snapchats in progress) and then you go home to eat dinner with your family.

this contrast is not merely due to wealth, either. Phnom Penh is a relatively poor city, yet they have huge and modern mall complexes and businesses have their social media marketing game down pat.

Ryan and I frequently thought of the popular the fisherman and the businessman" story while walking around in Madeira. many households seem totally self-sufficient on the island -- they fish and then pick produce from the gardens in their backyard. they end the day on their patios cliff-side, overlooking the blue ocean below. 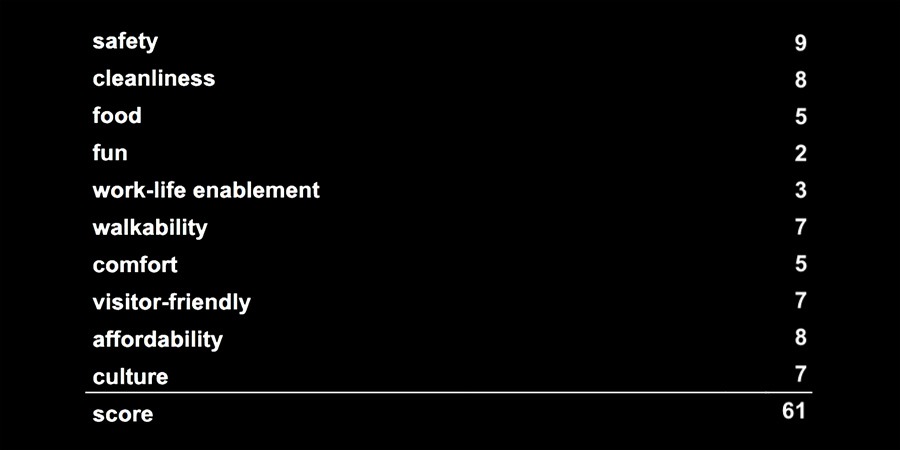