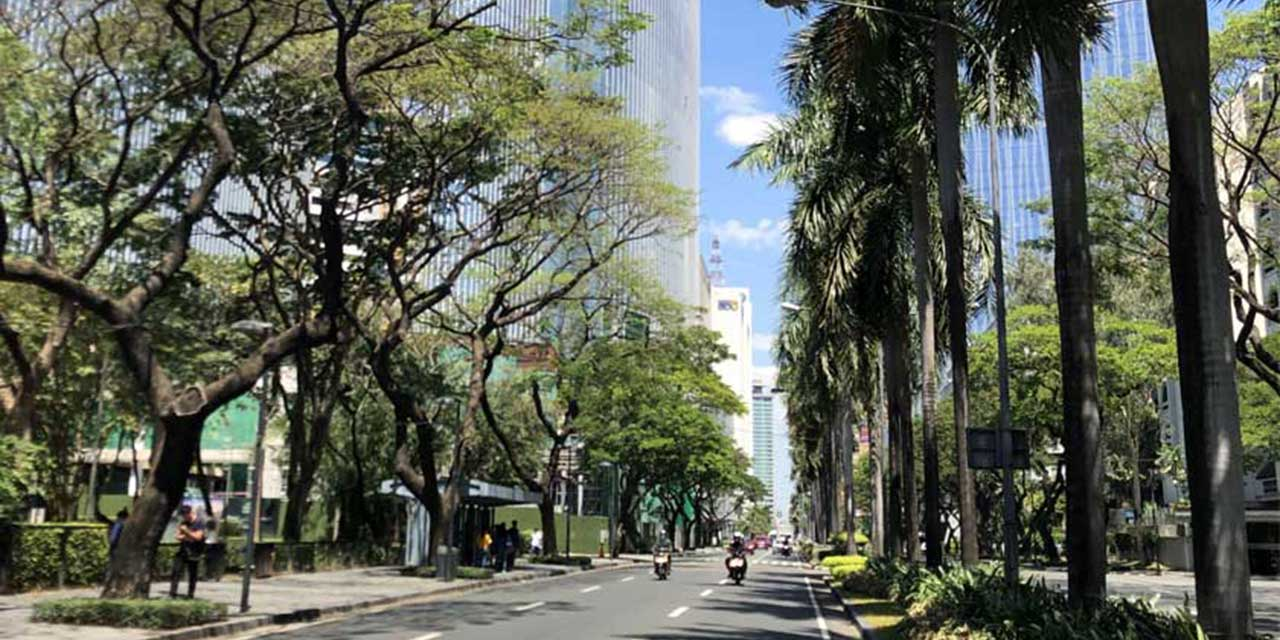 we spent 7 days in Manila, Philippines.

the country is apparently under extreme risk of terrorism and other bad stuff, which probably explains the shotgun-wielding soldiers at our favorite salad place.

we stayed in Makati, across the street from the Greenbelt, Glorietta, and Landmark malls. Greenbelt and Glorietta are 5 huge buildings each and the entire sprawling complex is connected through above-ground passageways.

the Makati district is considered among the safest in the Philippines and the heightened security measures (frequent bag checks, armed guards at every retail entrance, etc) were comforting.

this of course creates a bit of chicken or the egg dilemma: why the grand scale security? is it reactionary overkill or preventive?

in any case we had a safe, great time and will definitely go back.

this was our favorite Airbnb so far.

it's obvious when hosts care deeply about creating a stellar experience for their guests.

we think it's clear from the pictures: our hosts were meticulous in every detail of the unit. we loved everything from the New York City theme, various industrial-chic built-ins, modern furniture, old-school framed newspaper clippings, and the extra high ceilings and windows.

in fact, we'll probably borrow inspiration from this loft for the house we'll eventually build when we're done with this year+ long trip.

we made a pact after experiencing an elevation in mood and work productivity from this Airbnb: shift a higher portion of our budget toward our accommodation. especially since even $10 more per night can make a huge difference to the quality of our stays on Airbnb.

pricing ranged from $1.80 for an adobo chicken platter at a nice cafe, to $4 for a peri peri half chicken dinner plate, to $8 for a salad at a modern westernized salad bar, to $60 for an 18-ounce steak at a quaint French restaurant.

we stayed in one of the nicest areas of Makati (Legazpi Village). the restaurants were catered to tourists and the prices reflected this. generally, Philippines is a very affordable country to live in and local Filipino meals can be found for $2 or less.

Rickshaw followers are accountability partners. here's what we achieved in 7 days in Manila.

Ryan finished reading First Thousand Copies and began chapter 4 of his new book, Fitness for Hackers. he also contributed to an open-source project that spoofs the Instagram private API to read direct messages. more on this project later.

Hideko built a contact management app in JavaScript to apply her JS studies, built one new integration for Fomo, closed (monthly) books for our businesses, and started The 4-Hour Body by Tim Ferriss.

not a big deal, but it's pretty darn hot in the Philippines. when you don't have a car, this means it takes just a little extra brainpower to handle logistics. for example, if you want to go to a decent dinner but have plans to work at a cafe all day, you need to go home first and shower.

i know, these aren't real problems, but it's all we got. Manila was a piece of cake to navigate, most people at the businesses we patronized spoke English, and everything is affordable.

here's a comparison of our New York City vs Manila lifestyle.

Manila is the most affordable city we've traveled to on our year+ long trip so far.

the expenses above do not reflect the much cheaper cost of living in the Philippines. we would have been able to eat local Filipino cuisine for $2 /meal but instead frequented the salad bars, steakhouses, and international restaurants designed for western tourists.

our Airbnb was more expensive (relative to other Airbnbs in Manila) given the Greenbelt, Glorietta and Landmark malls were across the street. the average accommodation cost in Manila is nowhere near NYC's.

a solo digital nomad, or a thriftier couple, could definitely beat our cost of living by at least $600 for the same 7-day stay.

i'm really enjoying my low-tech notebook todo strategy. the biggest change i've made to my workflow in the past couple months is downgrading email to "when i feel like it" status.

over the years my default workflow has been email all day, with Deep Work on nights and weekends. i've since reversed that schedule and i think my contacts are beginning to expect it too.

i also eliminated phone calls, with the exception of 1 weekly team meeting at Fomo and enterprise deals that are worth at least $10,000. in the last 7 days i rejected 4 phone calls, all for unique opportunities (consulting, podcast interview, speaking engagement) simply because they broke the $10k rule.

a few spots i liked most in Manila: the Airbnb gym, a spacious cafe called Yardstick, and yet-another Korean BBQ spot.

i also met a young entrepreneur, Kyle, and look forward to collaborating with him in the near future.

i've been very lucky to feel safe in every city we've traveled to so far. before embarking on this year+ journey i was certain i would have to tag along with Ryan in order to leave the apartment in some cities.

for any solo female travelers reading this blog, i have not been harassed or felt wary in any of the cities we've been to so far (Seoul, Busan, Shanghai, Hong Kong, Taipei, or Manila). granted, i try to be aware of my surroundings, walk quickly and confidently, and do not flash jewelry or cash. 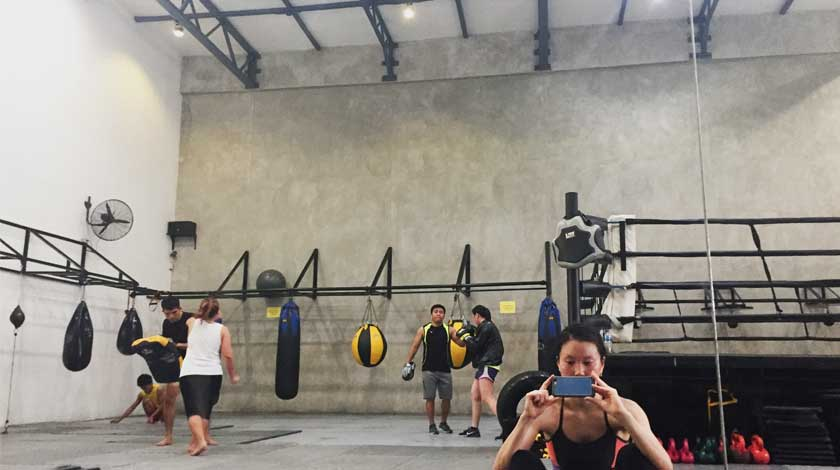 i practiced muay thai for the first time in Manila.

after a few workouts in our condo's tiny gym, i was itching to mix things up. i love workout classes and back in NYC a typical week would consist of a variety of spinning, kickboxing, bootcamp, yoga, and pilates classes.

there were 4 boxing / muay thai facilities within a couple blocks. i picked the closest one with the best Google reviews and headed over.

it was so much fun and i would definitely be a regular if i lived nearby. i paid only $9 USD and this included a ~40 minute one-on-one training session with an instructor, plus the use of boxing gloves and hand wraps. the one-on-one training session consisted of some light cardio, an overview of muay thai moves, and then my instructor padded up and we went 5 rounds of pad work with conditioning exercises in between (burpees, jump squats, lunges, etc.).

after the session, i was assigned some solo work with a punching bag and a round of ab exercises.

believe it or not, this was the most expensive muay thai / boxing facility i found online. other highly rated studios were ~$3-4 for similar intensive one-on-one training. it'll be tough to go back to shelling out ~$30 per class to the likes of Soul Cycle in NYC. 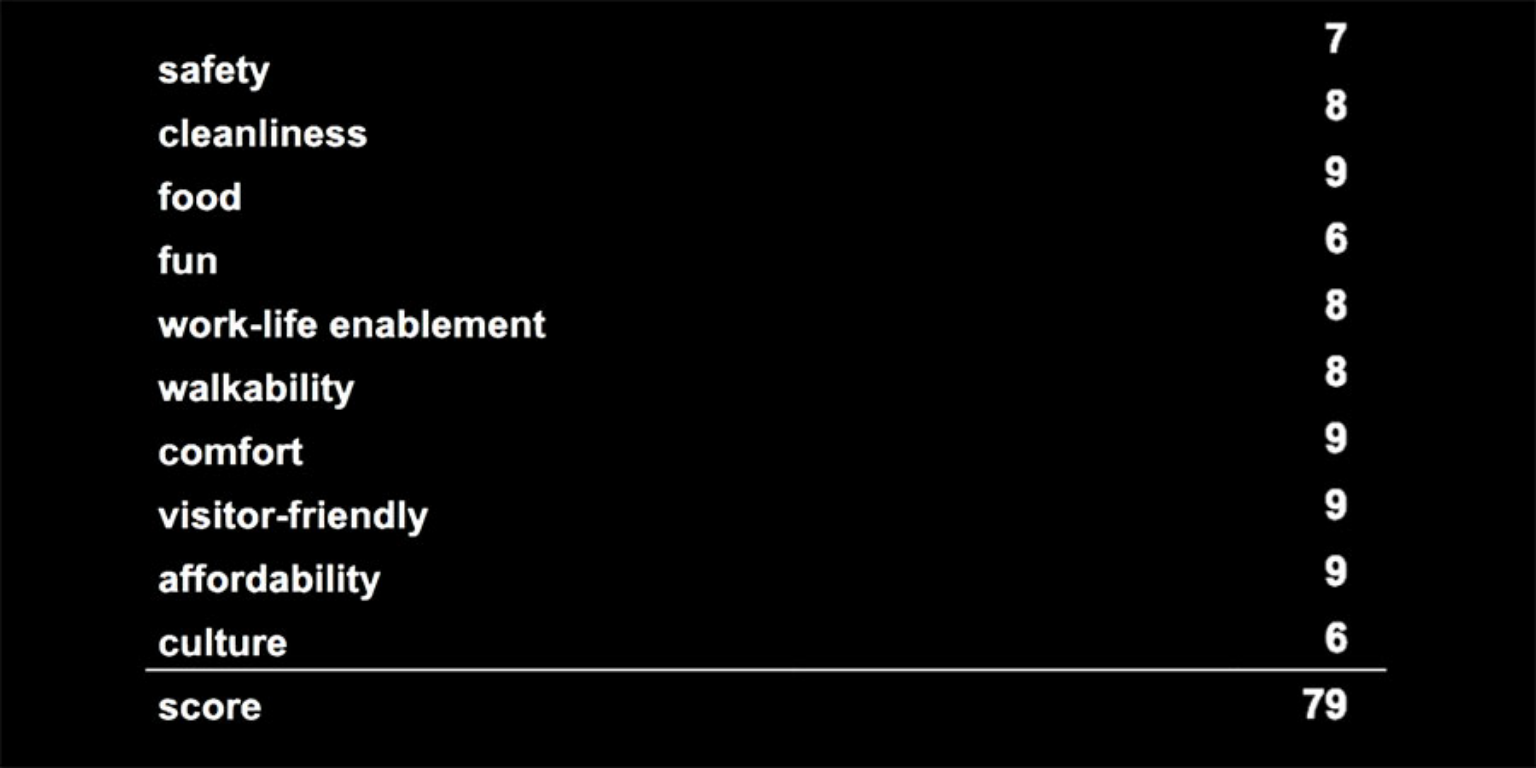 while we were very comfortable and productive, there wasn't much nightlife and we don't suggest going out after midnight. at some point, 100s of military officers with pistols begins to wear down the soul.

the US Department of State issued a Level 2 Travel Advisory Warning for travel to the Philippines, and suggested taking extra precaution in the country.

however, any initial feelings of trepidation vanished the moment we stepped foot in Legazpi Village.

we hear other regions of the Philippines (like Mindanao) can be dangerous. we're fans of the Makati region specifically and can't really speak to the rest of the country (we didn't venture too far beyond).

salamat (means "thank you" in Filipino) for reading!