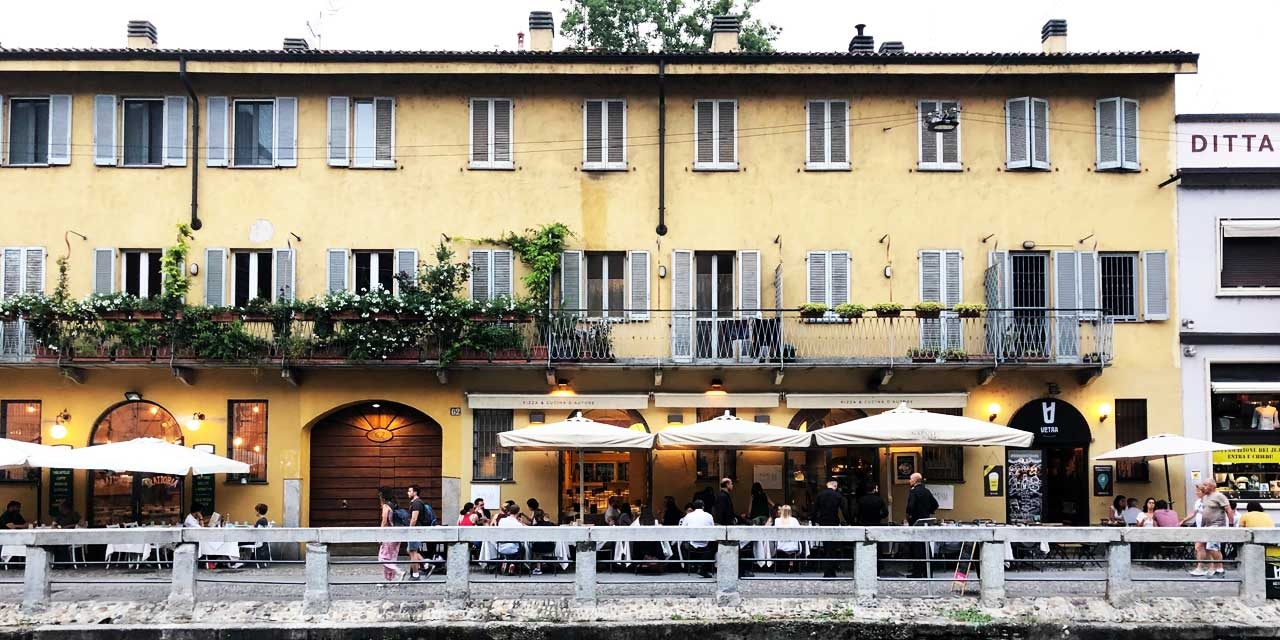 we spent 8 days in Milan and stayed in 3 different neighborhoods: Central, Wagner, and Navigli.

this was the fourth time in a row we landed in a city in the midst of a national holiday. this time the holiday was Festa della Repubblica (Italian National Day), which commemorates the day Italians voted to become a republic.

our favorite neighborhood by far was Navigli. the atmosphere is casual, young, and fun. in Navigli you can find the quintessential Italy you see in magazines: canals, countless restaurants and people seated shoulder-to-shoulder eating and drinking al fresco. 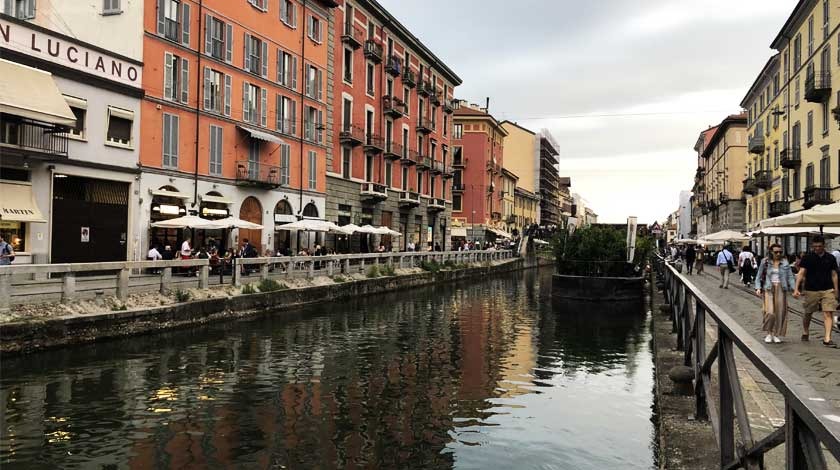 Italy was Hideko’s most anticipated country among our Europe travels. however, we've discovered it is not the most nomad-friendly country, and there were unexpected challenges that made Milan difficult for our productivity.

it is a beautiful city, though, and highly recommended if you like classical architecture or Instagrammable courtyards. 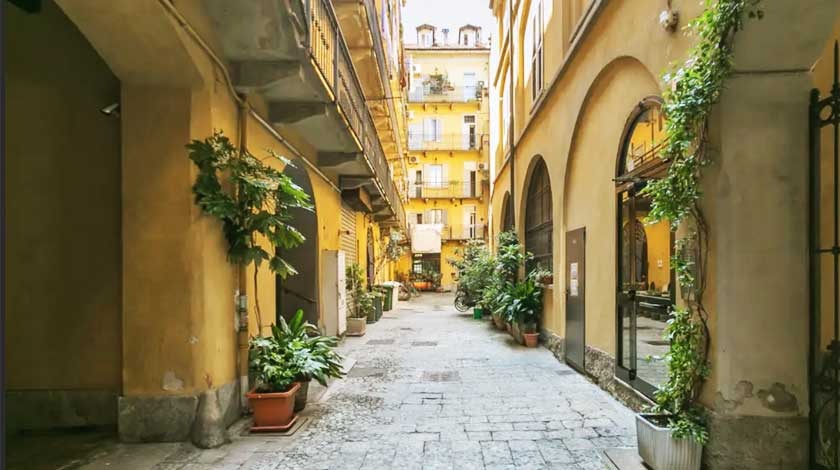 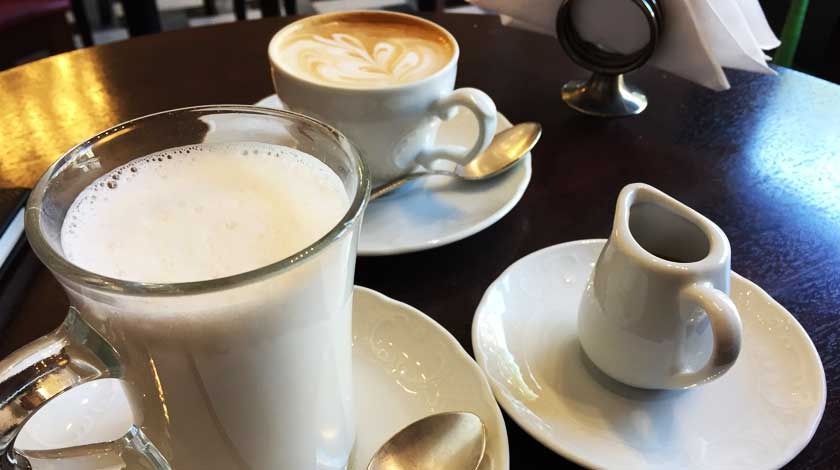 in addition to the standard cleaning and service fee on most Airbnb receipts, there is a tourism tax in Italy of 1 to 5 Euros per person per day depending on the hotel or Airbnb.

here's a comparison of our New York City vs Milan lifestyle.

Milan is the financial center of Italy. one of our waiters compared Milan vs other southern Italian cities to New York vs Texas. relatively expensive and busy.

we found meals to be cheaper and clothes to be more expensive than what we are used to in NYC. high quality 450g steaks were €20 - €40. a Levi’s belt was €60 euros. yes, there are premiums for US brands but Milan shopping seems to focus around Italian designers whose clothes are also expensive.

we also visited Italy during its most popular season (summer). when we booked our Airbnbs, we watched prices increase by over 2x (!) while selecting our dates.

a solo digital nomad, or thriftier couple, could definitely beat our cost of living by at least $500 for the same 8-day stay.

we didn’t book our Airbnbs until the last minute, since Ryan was speaking at a conference and we didn’t know where the conference would be held until the week before.

they kindly booked us a hotel for the conference days in the middle of our time in Milan. since we’d have to move our bags 3 times anyway, we decided to try out 3 different neighborhoods in Milan.

Ryan is still in the midst of his carnivore diet so there was no pasta or pizza for us.

Hideko will probably try some in our next city (Florence) on her own. it would be criminal to leave Italy without trying Italian food after all. in the meantime, these are pictures of the steaks (Ryan) and fish / veggies (Hideko) we ate.

the little pot of red sauce is actually eggplant parmesan from Joe Cipolla and it was Hideko's favorite meal in Milan so far. we discovered our favorite restaurant in Milan on the last day in Navigli called The Brisket.

Rickshaw followers are accountability partners. here's what we achieved in 8 days in Milan.

Ryan created a deck for his conference keynote, built a referral program at Lobiloo, and started a new "bodyweight only" exercise regimen, working out at playgrounds instead of gyms.

Hideko fixed more bugs and rebuilt tests on our HR app (expected to launch this month), finished Company of One by Paul Jarvis, attended some of Ryan's conference, and closed books.

we try to book accommodations near cafes to change up our work environments.

unfortunately, cafes in Milan are not the “sit and work” type. most Italians will down their espressos standing at the counter and then leave immediately. because of this most cafes are tiny, with tiny tables and limited seating. Wifi is unreliable and outlets are rare.

Italians love espresso and the only coffee shop with cold brew (or iced coffee) in Milan was Starbucks Reserve. we went from shop to shop asking for iced coffee — even asking if they would just give us a cup of plain Americano with ice cubes in it and the baristas refused to do it.

the culture also values leisure much more than in the US. there is aperitivo or happy hour every day, which is typically from 6 to 9. shops and cafes also close in the middle of the day for lunch, for up to 3 hours, then close around 6 for the day. we’d think retail stores would consider 6pm+ to be prime shopping hours when people are getting off of work.

we’d probably come back to Milan for a vacation-type trip, but we prefer fast Wifi, workspaces, cold brew or coffee (Ryan), and predictable business hours for our productivity.

i spoke at Growth Conference Europe about how to get more done. the presentation is essentially a recap of my first 137 days on the road as a full time remote worker.

i'm lucky our accommodations had decent kitchen tables for working, but deeply missed my usual routine of waking up, walking to a cafe, working, then another cafe, then another, and so on until dinner.

Italy does not have a "work out of cafe's" culture since 90% of coffee is espresso, which takes 10 seconds to consume. i do not recommend being a digital nomad in Italy unless you stay long term and rent a desk at a coworking space.

between appointments for the event, i met a few Italian entrepreneurs.

Milan is a fantastic town for a proper vacation. from unlimited pizza to the generous aperitivo specials every night, a couple could really unwind and "live the good life" here.

for me, i'll stick to cities with fast WiFi at cafes.

a quick story to capture the laid-back Italian culture.

i dropped laundry off at a full-service “24 hour” highly reviewed business. then visited back 5 times over 3 days to pick the clothes up. each time, they took my ticket, meandered to the back of the store, and came back to report updates alternating from “come back in a couple hours” to “come back tomorrow”.

the evening before we left the city, they reported our clothes were “in the machine”. they would be ready in 45 minutes but they closed in 30 minutes so couldn’t give it to us.

we’re accustomed to the “hustler, get things done” NYC culture. yes, it comes with stress but i guess we’re too neurotic or anxious — whatever you want to call it — to feel at home in Milan. 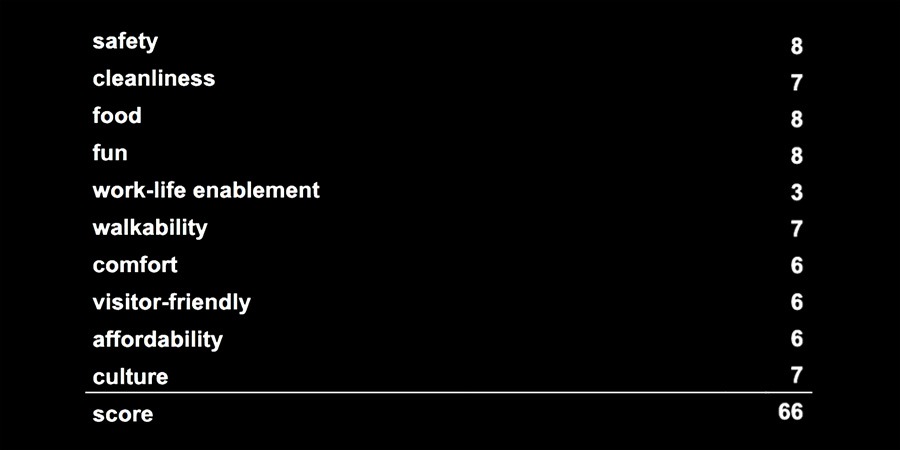 for context, this is 1 point lower than our score for Hanoi, Vietnam. on first approach, this feels harsh.

but remember: we're traveling to work in new places, not go on vacation.

don't let Rickshaw deter you from visiting Milan, but don't expect to get a lot done either.