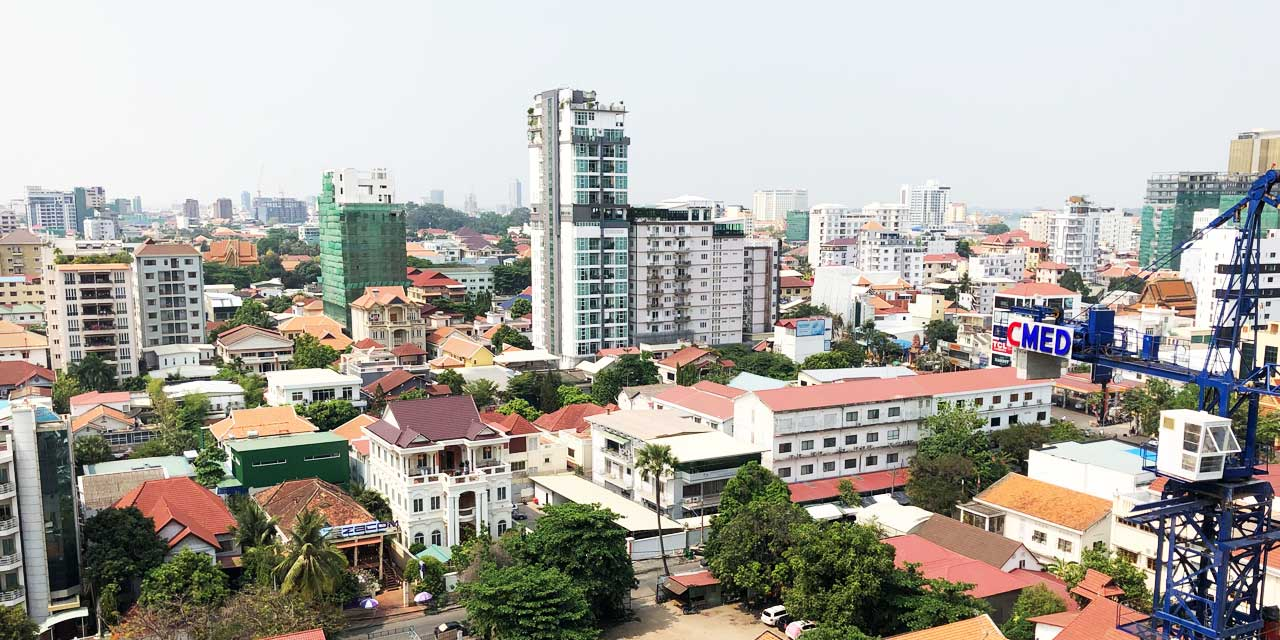 we spent 10 days in Phnom Penh around the SangKat Boeung Keng Kang region. we were on the outskirts of the downtown area in a "hip" area filled with modern cafes, massage establishments, and no shortage of tuk-tuks.

this is one of the poorest places we've been to. just beyond the airport are dirt roads, and we didn't ride on any highways going into the city. similar to countries like Thailand and Vietnam there are lots of [illegal?] street vendors, aggressive taxi drivers seeking fares, and local men walking around shirtless, covered in dirt.

that said, we stayed in a brand new building with a nice gym, rooftop pool, and dozens of restaurants nearby. if you follow along our other city recaps you'll notice a pattern in our lifestyle choices.

here's a comparison of our New York City vs Phnom Penh lifestyle.

Phnom Penh caters heavily to tourists and we ate it all up. literally. we bypassed the local cuisine (except for one night) and ate at Western restaurants. a noodle dish or meat skewers from a food stall would have been $1-2, we instead ate organic farm-to-table salads for $8.

a solo digital nomad, or a thriftier couple, could definitely beat our cost of living by at least $1,000 for the same 10-day stay.

our Airbnb ended up being a room in a hotel. this was the first time we stayed in a hotel on our year+ long journey. when we checked in, reception upgraded us to a suite which consisted of 2 bedrooms and 2 bathrooms.

this was the most spacious Airbnb so far (we barely even used the "living room") but it did lack the details that make a place feel like a home.

pricing ranged from $3 for a dinner salad, to $8 for a farm-to-table concept salad, to $105 for a Japanese BBQ dinner for 2.

i ate at a spot called Farm to Table 6 times and we ordered Indian from a place called Namaste 4 times.

clearly, the whole "experience new things because we're traveling" anxiety has worn off by now (we're 3+ months into our travel). i found myself not wanting to use the brain capacity required to research new restaurants.

in NYC, rent is so expensive that a restaurant can't afford to stay in business unless they are totally thriving. this also means there's no room for a mediocre restaurant in NYC. believe it or not -- over the 2 years we lived in our last apartment -- there were restaurants on our own block that we would newly "discover" because there was so much turnover.

if i was a "regular" at restaurants in the city with the best food in the world, i don't feel too guilty about doing the same in Phnom Penh (no offense to PP).

i ate too much in Cambodia.

no carbs or any obvious mistakes, just too many calories literally. and too much milk. there were at least 15 cafes within a 5 minute walk of our apartment and i tried... half of them. sometimes 2 or 3 per day.

we found an online shop run by an Australian guy down the street, so he personally delivered Quest (protein) bars and i ate too many of them.

i did get a lot of work done in Phnom Penh, including some gains in my personal fitness regimen, but i didn't get leaner.

not much else to say.

Rickshaw followers are accountability partners. here's what we achieved in 9 days in Phnom Penh.

Ryan finished reading "Profit First" and began implementing some of its ideas: namely, that profit should be an every day occurrence at your business, vs some future "event" you look forward to.

we've heavily reinvested Fomo profits since Day 1 (March 2016) and while this was necessary back then, it's finally time to procure some personal reward from it. without doing so, the risk of operating a business just isn't worth it.

to aid in this, Ryan produced and launched tutorial videos to help new customers onboard to the product self-service, and launched new marketing campaigns for the ad network. he wrote guest posts for blogs like Failory and 3dcart that will go live soon.

Hideko started an online art course (same art course that Ryan started, we're now competing), took the Adwords module in Ryan's online course for use in some upcoming Fomo campaigns, closed monthly books for our businesses, built a Fomo integration, started managing the daily operations for the Publishers side of Fomo, and designed and built a landing page for a Fork project.

another classic "it's hot" kind of rant here. because it's tough to walk long distances without getting drenched, we ordered in our meals a few times.

yes, it's only $1 to deliver anything you want, but we probably overdid it sometimes with the quantity of food. this, plus some extra snacks lying around, gave us both unsatisfactory weeks from a diet perspective. 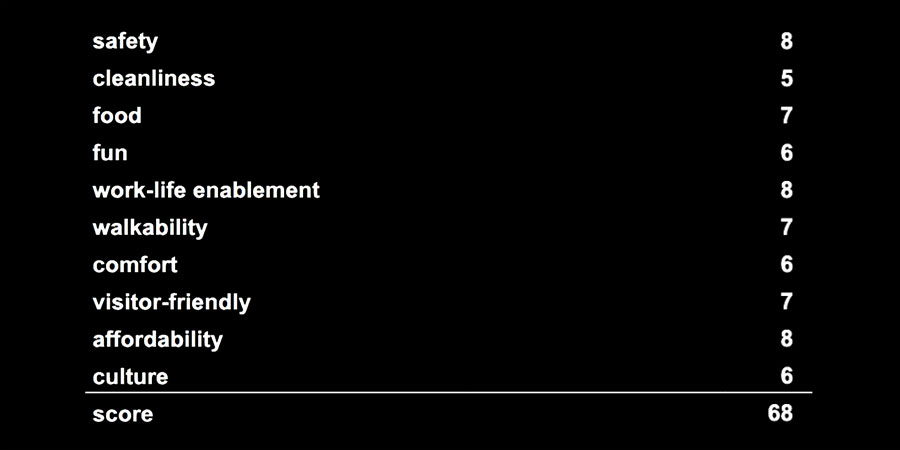 we probably won't go back. sure, we missed out on the museums, killing fields, and other exhibits, so we didn't get the full cultural experience. but we didn't really want to experience that either.

Cambodia was a productive 10 days for us, with dozens of nearby cafes and a big apartment with a rooftop pool. but frankly, we can get most of that anywhere.