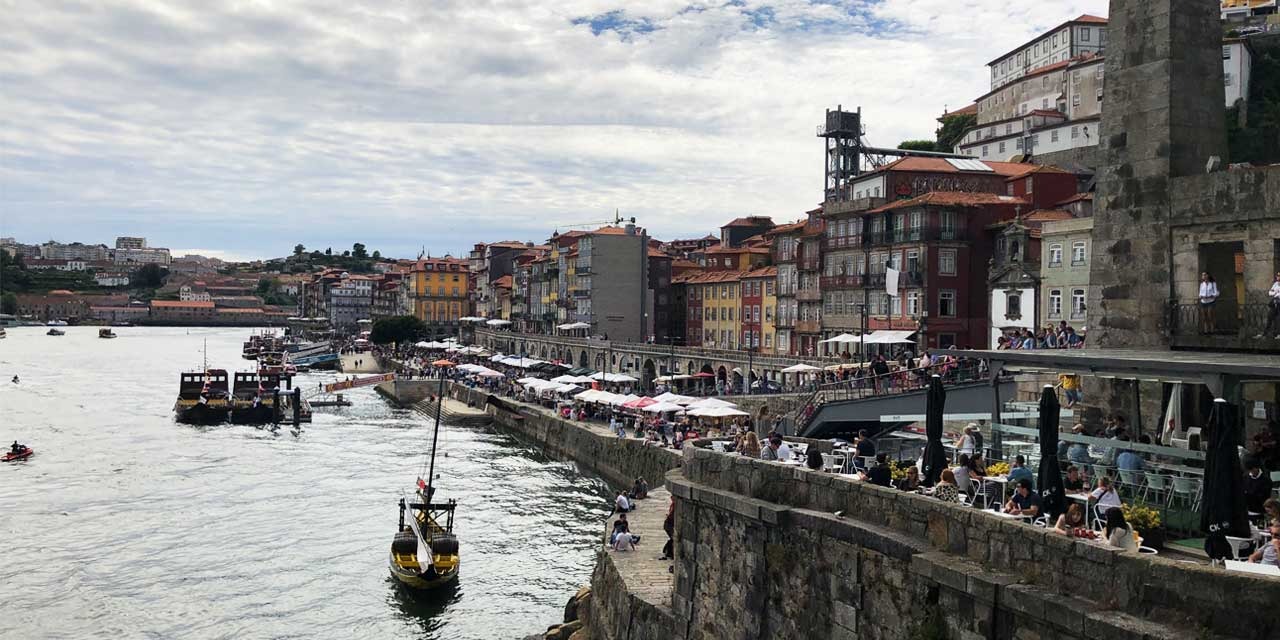 we spent 7 days in Porto and our Airbnb was a stone's throw from the Duoro River in the Ribeira.

Porto was incredible. there was a happy energy radiating from the city, and both of us mentioned this several times during our stay. the weather was a breezy high 60s and low 70s and the skies appeared to be a clearer blue. this is very likely not just our imagination, since the heavily polluted air from our months in Asia were still fresh in our minds.

we seem to coincidentally time our trips with holidays and Porto was no exception. the São João Festival was our favorite holiday so far in 2019 and we suggest you synchronize your next trip to Porto around this holiday if possible. more on the festival up next.

Porto is everything San Francisco wants to be: scenic, colorful buildings, flowing water, but no homeless problem or feces or syringes littering the streets.

if you're out of shape, Porto is not for you. going anywhere requires walking straight up or down a huge hill. essentially the city is on a mountain, with just a few strategic demolitions for tunnels and flat-ish public parks.

the holiday is celebrated by an all-day and all-night party in Porto on June 23rd, although some revelry starts on the night of the 22nd.

the entire city follows a schedule on this day:

we didn't make it to sunrise, but the night was one we'll be remembering for decades.

the festive energy during the day was contagious.

people were lighting sky lanterns all over the place. crowds of onlookers would cheer every time a lantern was dispatched to the sky.

here's a comparison of our New York City vs Porto lifestyle.

a reminder here that we extrapolate our trip's expenses to a month long stay. so the comparison here is one month in Porto on a major holiday + summer-peak-tourist-season + short-term rent premium versus one month in New York with a year-long lease.

we hear Porto is very affordable in comparison to other European cities. it's a less well-known travel spot, but we've seen enough travel blogs raving about Porto that we think prices will rise exponentially over the next couple decades.

we visited during a major holiday and peak tourist season (summer) so prices were the highest they could possibly be for Porto.

we stayed in a loft apartment of a recently renovated building. while the space was indeed beautifully decorated, the designers valued form over function.

the ladder leading to the bed was made of very thin wood and creaked loudly under our weight. it was also a very steep climb and climbing down to the bathroom in the dark was not easy. the dining room chairs were tiny and uncomfortable. the hanging hammock chair was never used in fear that the single wooden beam would not be able to hold our weight. and the shower 'door' was designed poorly so that water got everywhere.

we still loved how sunny and clean the apartment was. we may sound overly critical -- but we're simply taking advantage of our sprint through Airbnbs across the world to form our interior design tastes for the house we'll eventually furnish ourselves.

the food in Porto was possibly the best on our year+ journey worldwide so far. we don't know if we just happened to hit all the right restaurants or if Porto is a hidden culinary gem.

the chefs at each restaurant seemed to put so much care into each dish and the service was phenomenal. it's great to see people who enjoy what they do, and the waiters at our restaurants fit that mold.

our favorite spots were Muu (for steak and service), Wine Quay Bar (wine tasting overlooking the River), daTerra (vegan for Hideko), Reitoria (for steak and veal ribs), and 7groaster (for coffee).

Rickshaw followers are accountability partners. here's what we achieved in 7 days in Porto.

Ryan built basic ad tech tools for Built with Shopify and closed our first "sponsor" for the website.

no challenges. despite being a small and less-travelled city in Europe, Porto had all the creature comforts of the largest Westernized cities.

hard to imagine another European city we'd rather return to (we're not ready to compare the Asian cities yet).

a few weeks ago i asked Twitter followers for their ideas and promised to build a few of them (free) on a live stream.

this week i did the first stream in a series of 5-10, building a review app that lets happy customers leave audio voicemail testimonials that can be embedded on a merchant's website.

i had issues with deployment during the last ~90 minutes, but otherwise it went smoothly and we built a fully functional app with paid subscriptions, customization options, etc in just 10.5 hours.

to do this properly i needed fast internet, so i rented an office for just €12, all day. Hideko brought me some food, i packed a large water bottle full of iced coffee, and got it done.

it's been several months without a visit to my happy place (Whole Foods), but Porto was a suitable substitute. there's a quality about the city that is difficult to describe. the combination of clean air, blue skies, cool breeze, and happy people did wonders for my mood everyday.

i've never thought hard about where i'd like to retire, but if it had to be a city abroad...

obrigado for reading. we will be back. 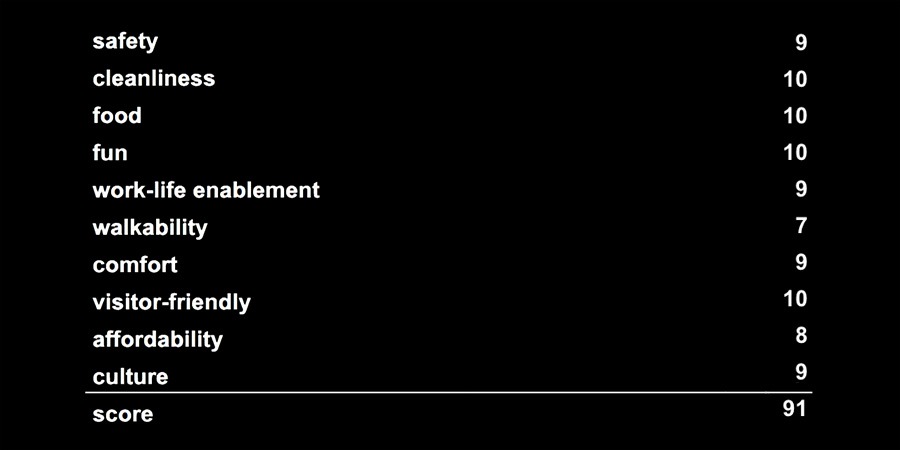