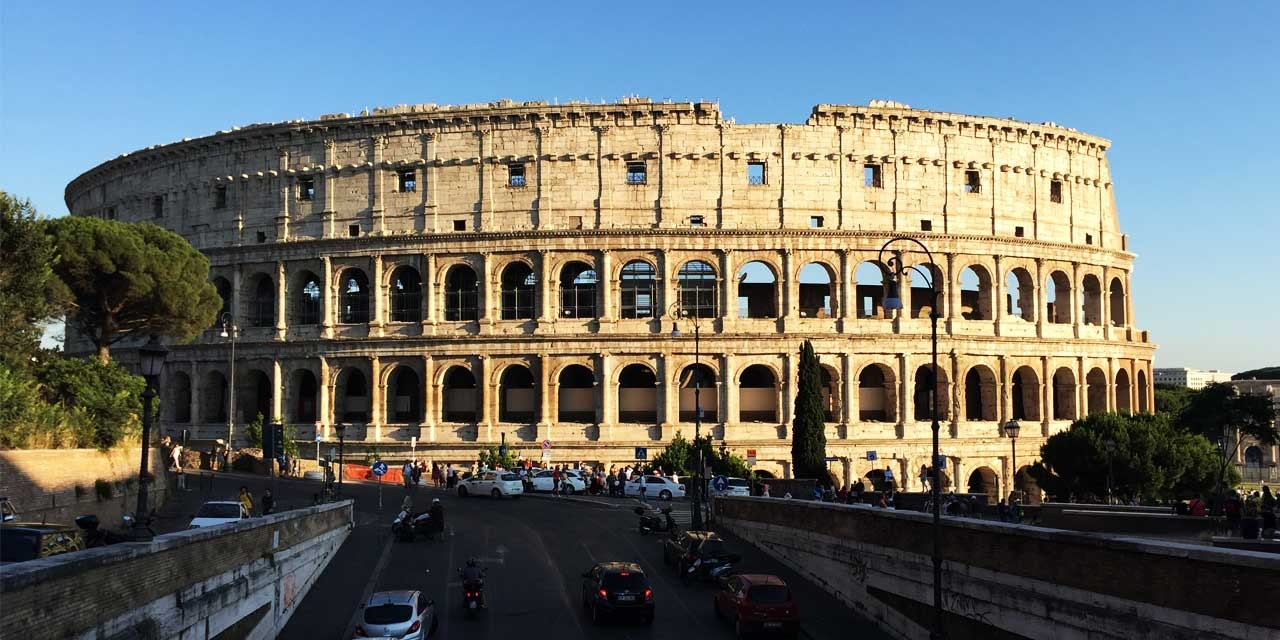 we spent 7 days in Rome and stayed 5 minutes from the Colosseum.

it seemed criminal to leave Rome without sightseeing so we made obligatory trips to the Colosseum and Vatican City. it's amazing how the city has been able to maintain so much of its roots. there were several churches completely intact (albeit mildly refurbished) from as early as the 4th century.

we suggest joining a tour for these attractions unless you're an expert historian. when we strolled around Palatine Hill, where emperors had hosted everything from epic banquets and court hearings, our tour guide really brought the scene to life. we could almost imagine ourselves wearing togas and sandals chatting about our favorite [fat! not Russell Crowe] gladiators.

you'll think you've time-traveled. here are some of the incredible views we got used to while roaming(!) in Rome

our Airbnb in Rome was $122 per night (+ $45 in fees per night). meals were $22 /each on average. we spent more on "meals" in Rome than we typically do in NYC because we had a couple of bang-bangs. if you're a Louis CK fan, you'll recognize this is a term for back-to-back meals.

fees include air conditioning (50 Euros for the stay) and tourist tax (3.50 Euros per person per day). yes, it was strange to be required to pay cash for the use of A/C, but as the saying goes: "when in Rome"...

here's a comparison of our New York City vs Rome lifestyle.

we visited Italy during its most popular season (summer). when we booked our Airbnbs, we watched prices increase by over 2x (!) after selecting our dates.

a solo digital nomad, or thriftier couple, could definitely beat our cost of living by at least $500 for the same 7-day stay.

we stayed in an Airbnb that looked to be a former art studio converted to a home. there was a lot of personality: exposed stone, a large submarine-looking metal structure that contained the bathroom and multiple closets, dark blue ornate tiles in the shower, expensive artwork available for sale on every wall, and a huge bedroom with a large brick archway built into the ceiling.

the pictures don't do the place justice. they don't show half of what we've mentioned here.

we had great meat at Bull Steak. otherwise, we ordered Indian food 3 times and cooked. Hideko was extremely excited to visit Italy for the pizza and pasta but she had one pizza and one pasta dish the entire month in Italy.

"grass is greener on the other side" syndrome.

Rickshaw followers are accountability partners. here's what we achieved in 7 days in Rome.

Ryan built Booker and MailerLite integrations for Fomo, welcomed 2 beta testers to a new Shopify app, and started reaching out to podcasts for an advertising experiment that a Fomo engineer is building part-time.

in startup land Ryan was almost scammed by a fake IP scheme:

Hideko continued testing marketing channels for Report Card Agency, worked on our invoice app tool, and played around with APIs for a new app idea.

similar to the rest of Italy, there aren't "workable" coffee shops so we spent most of our time working at the Airbnb. there aren't as many gyms as there are in the US and few offer day or week passes. we've pivoted our workouts to running and HIIT sessions in playgrounds.

i played Bummin' on repeat, trying to figure out how my time is best spent. here's an acoustic take.

Drucker's "what can i contribute?" has become a daily, almost haunting reminder that i'm probably wasting skills on low leverage endeavors.

that said, side projects offer their own version of fulfillment. take Honest Marketer, where we shipped another comic and pissed off all the right people.

i don't know how the Italians do it.

while Americans have been busy with organic, keto, paleo, farm-to-table, and juice cleanse movements, the Italians have been consuming wine, bread, cheese, cigarettes, pizza, gelato, and pasta on the regular.

yet, the country still tops the charts in life expectancy. 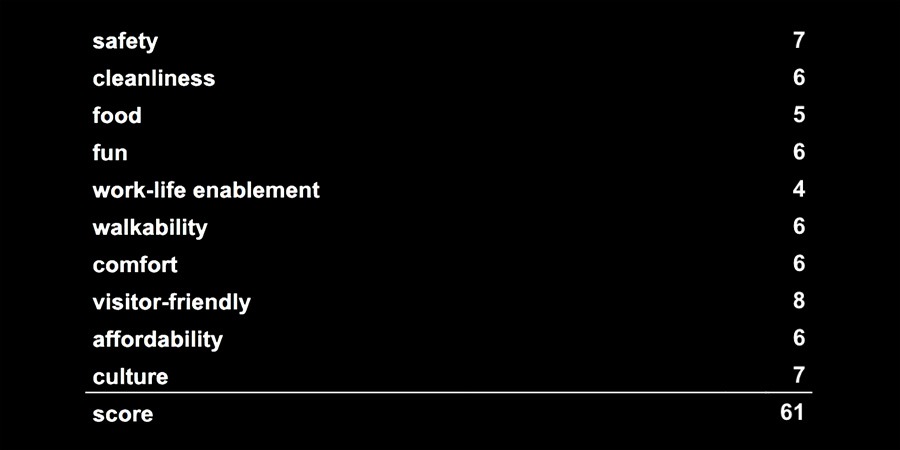 as mentioned before, Rome is a city for sightseeing and thus a nice checkmark on the travel list. but after trekking through Milan and Florence, we weren't too excited by the nightlife or food in comparison.