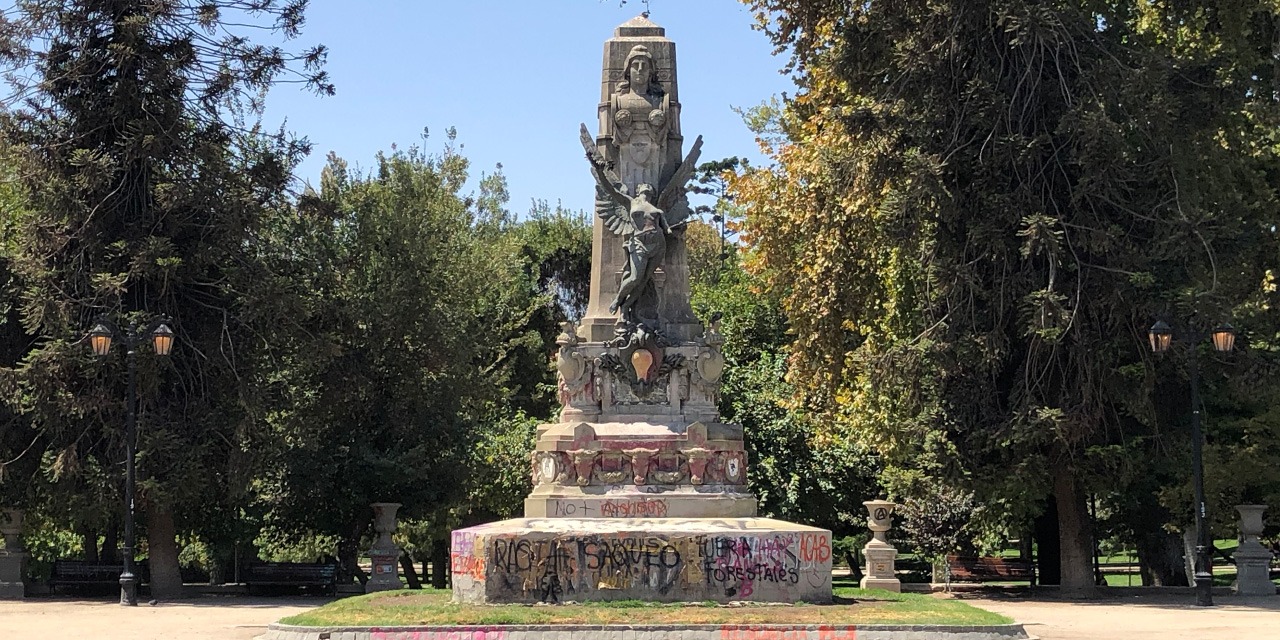 we spent 10 days in Santiago, Chile.

before visiting we read some outdated blog posts about Santiago, claiming the city was "one of the safest in South America." but when our Uber dropped us off in front of our Airbnb at 1am, our reaction was "umm, what?"

although it was a Friday night, nobody was on the street. there was grafitti everywhere, a Starbucks with its windows boarded up by cardboard, barricades in front of apartment buildings, and a heavy stench of urine.

as groggy as we were from traveling on little sleep, we were suddenly on high alert. after triple checking with our driver that we were at the right address, we meandered around looking for an address that didn't seem to exist.

eventually, a young couple came walking down the street and helped us determine that our Airbnb was in fact behind a 20-ft wide metal barrier that we had previously thought was a wall.

after dropping off our bags, we looked up a McDonald's less than a mile away. but as we walked closer to downtown we thought we'd entered a war zone. concrete barriers in disarray, dilapidated buildings with more grafitti and broken windows, and shattered glass everywhere. we saw gatherings of people chanting and waving flags around bonfires. almost immediately after noticing their face bandanas and gas masks, our eyes started to itch and we realized there was tear gas in the air.

no, the McDonald's was boarded up or did not seem to exist. and yes, we immediately turned around and speed-walked back to the Airbnb.

as we've said in previous posts, we don't do much research on our trips beforehand. we probably should have been better equipped for the rioting and government-instituted curfew beforehand.

here's our neighborhood during the day. totally calm and approachable, albeit vandalized.

here's a snapshot of one of the friendly demonstrations. we drove through one of the "unfriendly" riots where locals were running from police armed with tear gas and body shields but did not get footage of that. you can probably Google it online.

our Airbnb in Santiago was $47 per night (+ $10 in fees per night) and it was one of the nicer Airbnbs in what we previously thought was a "happening" area (surrounded by interesting cafes). towards the end of our trip we discovered Jardín del Este (specifically along Bicentenario Park), which is a Beverly Hills-esque neighborhood that seemed untouched by the rioting. we'd recommend a condo near there for other travelers until things clear down.

there's a wide range of lifestyles for different budgets in Santiago. we had 2 entrees and an appetizer at a steakhouse for lunch for over $100 USD. we also ate a lot of quality burgers for $5 USD each.

here's a comparison of our New York City vs Santiago lifestyle.

our Airbnb was in Lastarria, which has all the markings of a nice, safe neighborhood probably before the riots began. our condo building was inside a village shopping area above an upscale steakhouse. during the day, it's perfectly pleasant.

nighttime is a whole different story. given its proximity to downtown, Lastarria seems to be a hotspot for the riots. after 9pm (especially on Friday, which seemed to be a scheduled weekly demonstration), patrons start wrapping up their meals as the unmistakable haze of tear gas starts permeating the air.

our Airbnb was self check-in but our Airbnb host messaged us the morning after asking us if we were safe. she said the "area is not like it used to be".

we actually ate mostly Korean food and steaks, so there isn't much to show off in this section. we had our fill of empanadas in Argentina so mostly experimented with wine rather than food.

Rickshaw followers are accountability partners. here's what we achieved in Santiago.

Hideko ran reflective analyses on a couple workflows across our portfolio companies. we plan to implement key findings (features, process updates, manual updates) in the coming weeks. while most days are filled with execution tasks, this is a step towards higher leverage work. the objective is to cut down on the todo list of "urgent" tasks that magically seems to pile up by noon everyday.

had this been a once-a-year vacation trip, we would have been sorely disappointed.

but since our travel routine is mostly finding good cafes to work in, we were merely inconvenienced by the current tension. we expect to be productive after work but the tear gas and protests meant we were confined to a small Airbnb for a third of our working hours.

despite the violent protestors and midnight arrival "WTF" situation, i grew to enjoy Santiago. i even had a 2+ hour chat with an older gentleman about the government, politics, and christianity while we were eating steaks alone one evening at a restaurant.

like other South American spots we've visited, Santiago is no stranger to a high beef diet. to compliment my intake of triple and quadruple burgers (sin pan, por supuesto!) we joined a gym and got in a lot of weight lifting sessions.

taking a break from South American cuisine and switching to Korean BBQ was also a nice touch. unfortunately we didn't get to speak much Korean, as all the front-of-house employees are locals, and the Koreans tend to work in the kitchen. it's pretty funny to be Americans, in a Spanish speaking country, feeling less comfortable ordering Korean food in non-Korean languages. oh well.

on at least 3 occasions between Hideko and i, locals would stress to us the importance of keeping our personal belongings close. like, don't even put your phone on the restaurant table, close. this is a side effect of civil unrest, of course. i once had my iPhone stolen off the al fresco dining table while in Madrid, but luckily i chased the guy and he stopped running, turned around, and brought me back my phone, his head in shame. loser.

i was standing in line at the grocery store when i notice that a man in his 50s behind me was hardcore staring. a long stare without any smiling is quite unnerving. i shoot a couple pointed looks in his direction but he doesn't lower his gaze at all.

after over 5 minutes of this behavior, Ryan joins me in line. the man sees that we are together and starts talking to Ryan. he asks Ryan in Spanglish if i am Chinese and mimics putting a mask over his face while pointing at me. he starts talking about coronavirus and asks Ryan where i am visiting from.

there aren't as many Asian tourists in the South American cities we're visiting and i've heard that a Spanish term for Chinese people ("Chino") is commonly used to refer to all Asian people. my guess is that unfamiliarity with Asian culture has led to generic grouping of all folks from Asian countries.

there are currently no recorded coronavirus cases in South America at the time of this writing. but, for every 1 person who makes a comment like the man at the supermarket, there are dozens of others likely thinking something similar.

i'm a bit more self-conscious now as i interact with locals, store clerks, waiters, and other strangers.

it's unlikely we'll visit again. our view of Chile in general is now tainted thanks to the street-visible impact of their leadership and culture. 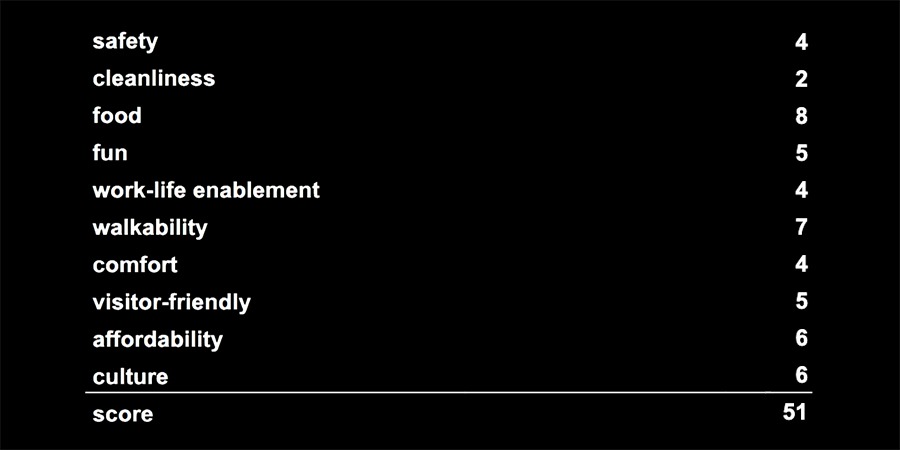 even if a "fix" was implemented tomorrow, that wouldn't reverse the 100s (1000s?) of buildings that have been essentially destroyed by Chile's socialist youth gangs. the city's aesthetic may never recover.