My 8 Favorite Vegan Restaurants in Lisbon 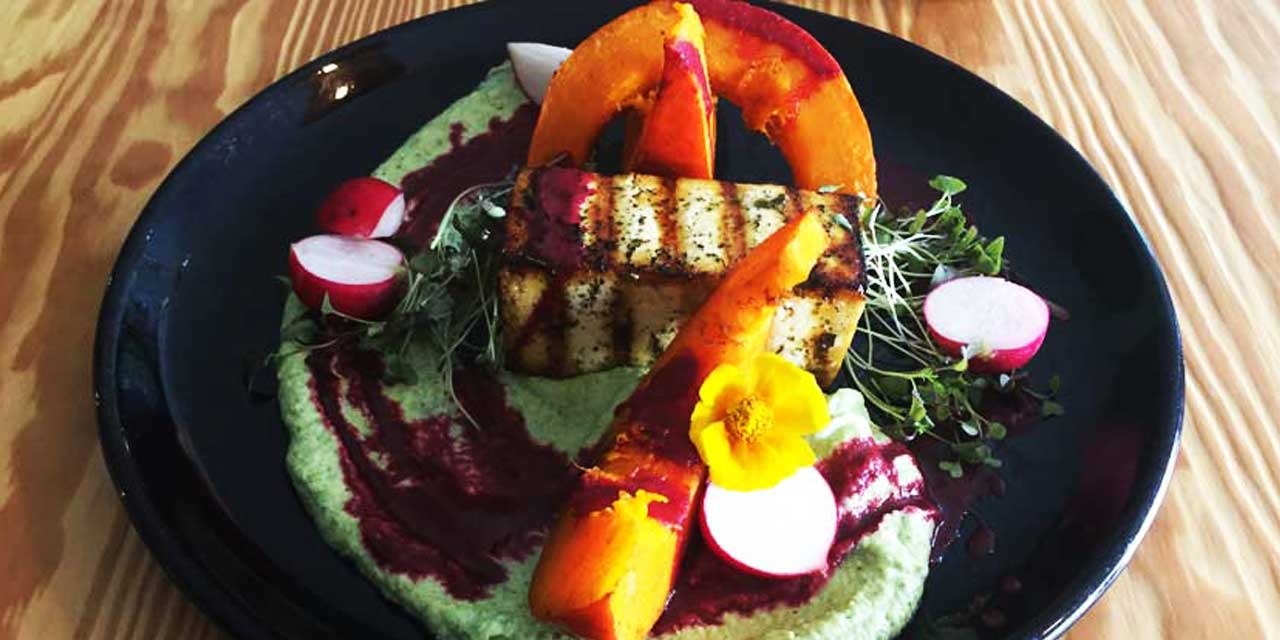 i tried going vegan in Lisbon for 10 days.

after steak every night with Ryan for the past several weeks (he's on his carnivore diet), i wanted to gorge on the opposite: lots and lots of vegetables.

the experiment started by using "vegan food" as a Google search term hack -- i wanted to find salads from places who cared about the quality of their vegetables. i've found most vegan places tend to carry organic, farm-to-table, and local ingredients.

but the food just tasted so good that i decided to keep it up for the whole 10 days.

vegan restaurants are typically very creative with their food because of the limited ingredient options. the result is beautifully prepared, well-spiced, and organic veggies, legumes, fruits, and tofu.

at the end of the 10 days, i started feeling a bit weird physically (lightheaded, weak, and unquenchably thirsty) so i was ready to rejoin Ryan to his steakhouse dinners.

here were my 8 favorite vegan restaurants in Lisbon: 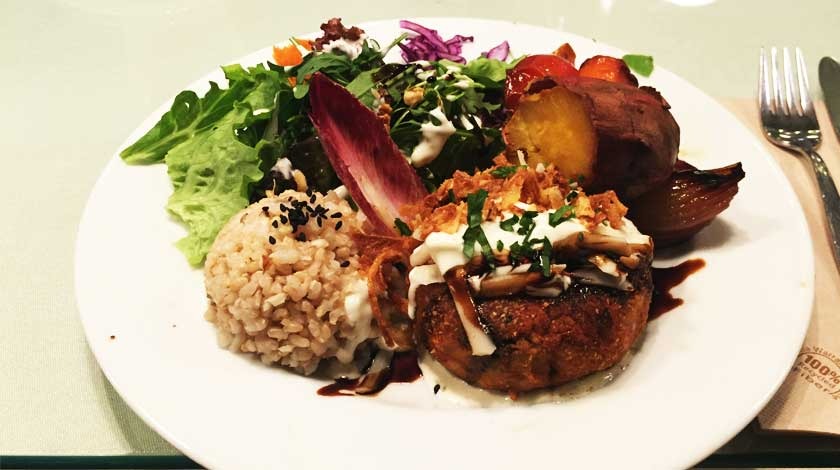 my go-to spot was Organi Chiado. i went for dinner twice in a row, and then again the following week. i ordered the chickpea burger every time (comes without a bun) because i couldn't bring myself to try something new. the quality of every ingredient was incredible. 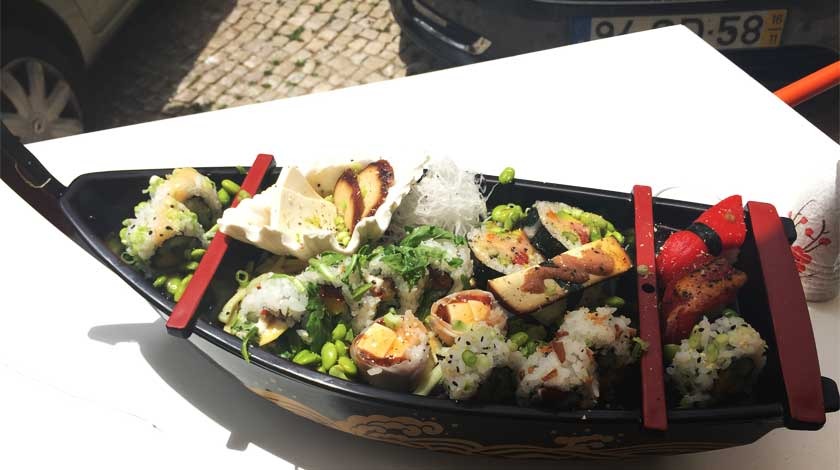 a close tie for first is Legumi Sushi. this was among the best sushi i've ever eaten, which seems blasphemous to say since i know how hard traditional sushi chefs train before they're even allowed to pick out the fish.

i ordered a 15-piece chef's tasting menu and it came all together in a huge boat. there was so much care put into each piece and i almost couldn't tell that vegetables replaced the fish.

i'll have dreams about this sushi for a long time. the only reason it's not ranked #1 is because i'm not sure i could eat sushi every day, even if it is that delicious. 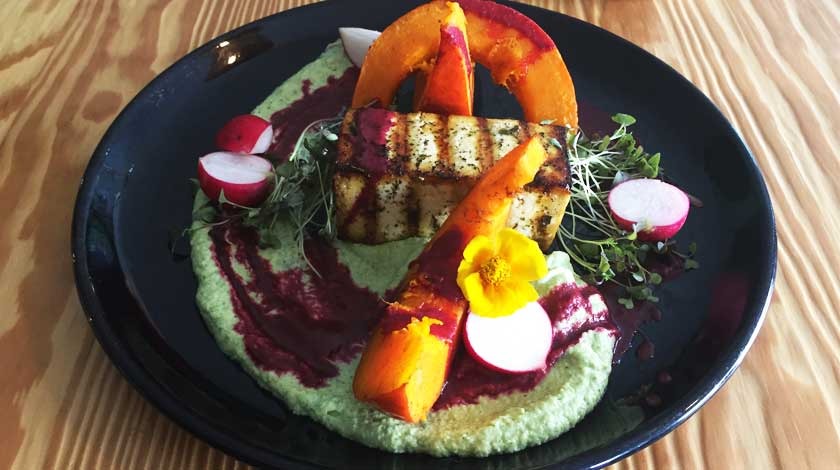 O Botanista has a beautiful, hip interior and a casual vibe. you can bring a laptop or a book to enjoy while you eat.

i liked the menu because there were a lot of really healthy options. vegan food does not necessarily mean healthy food and you have to sometimes wade through coconut cream, pastries, and questionable fake meat.

i was able to find a very tasty pumpkin and tofu dish here. and look how pretty it is. 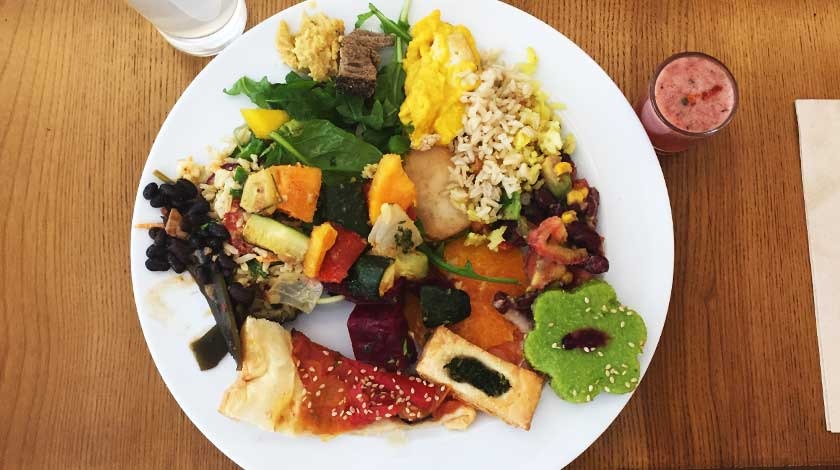 daTerra is a vegan buffet. it appears upscale, especially with the individually-created hors d'oeuvres. but it is 8.50 Euros for lunch and 11.50 Euros for dinner.

daTerra is the gold standard for the category of "healthy, clean eating". by the way, there is also a daTerra in Porto. 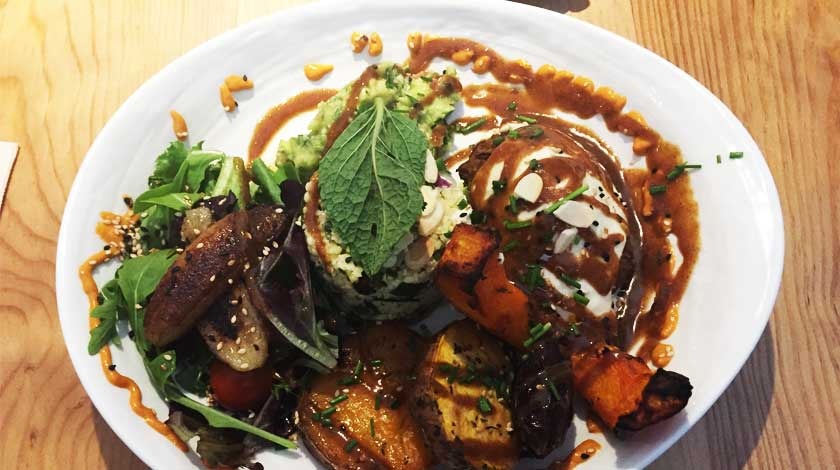 Ao26 is possibly the most popular vegan restaurant in Lisbon. i couldn't find a reservation opening for lunch or dinner within a 5 day span.

i ended up stopping by after the dinner rush and reserving for the earliest lunch spot the next day.

i think i would have been more impressed if i had tried Ao26 as my first restaurant in my 10-day vegan experiment. but my mind was already blown by Organi Chiado and Legumi Sushi by this point.

i was only trying out a vegan diet for the health benefits so the vegetable korma dish i ordered had a bit too much going on for me. there were heavy sauces, fried pieces, and something that tasted like cornbread.

i'm sure the restaurant's reputation is well-deserved but it just wasn't what i was looking for. 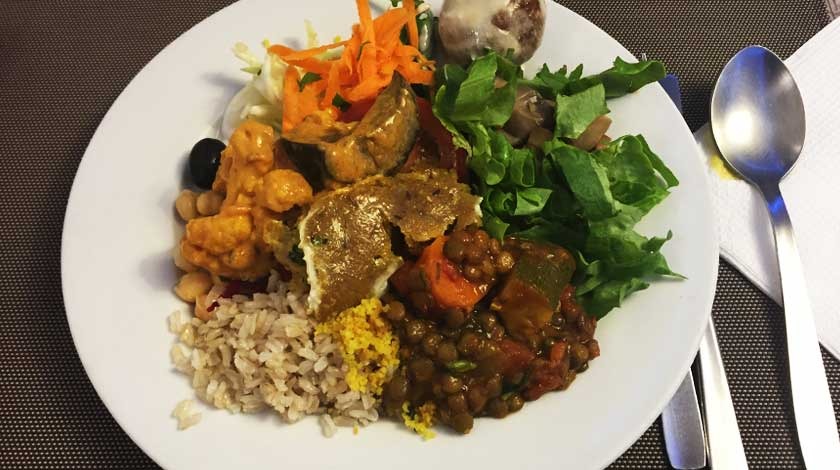 Jardim das Cerejas is a vegan Indian food buffet. i visited twice while in Lisbon. the first time, the food was awesome. there was a tasty lentil soup, vegetable curry, vegan version of palak paneer, and a chana masala dish. these are all the top entrees i order at Indian restaurants when i have an entire menu to choose from, so i got lucky.

the second time was still tasty but not my cup of tea. there was a tomato-y tofu dish, a seitan curry, and a vegan lasagna. 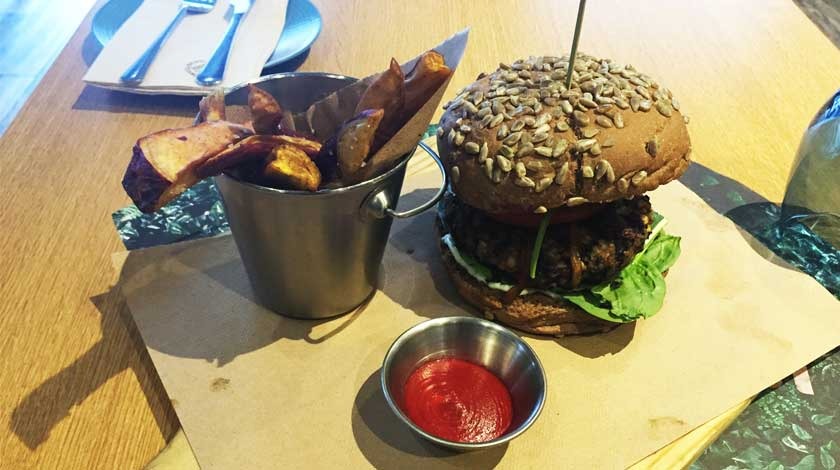 Veganapati is a casual eatery with some Indian-inspired dishes. they have dosas and curries but also offer guacamole and burgers with classic Indian seasonings.

i ordered a black bean burger and it came with sweet potato fries and a "ketchup" that was made out of beets. my meal was delicious! 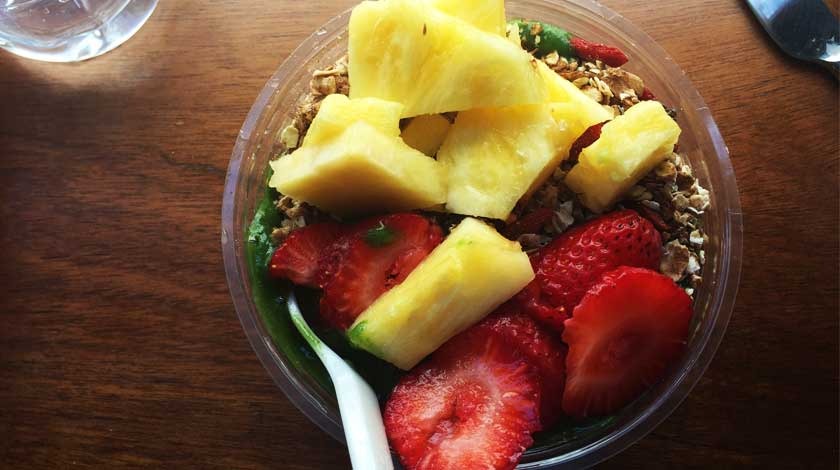 Liquid is a tiny smoothie/salad/sandwich shop near Barrio Alto. there is hardly any room to sit and the shop can only barely hold 3-4 people at a time.

i've eaten a lot of smoothie bowls and this one was in line with the others. on the plus side, they make it all in front of you so it's very clear they are only adding fruits and veggies (no processed "extras").